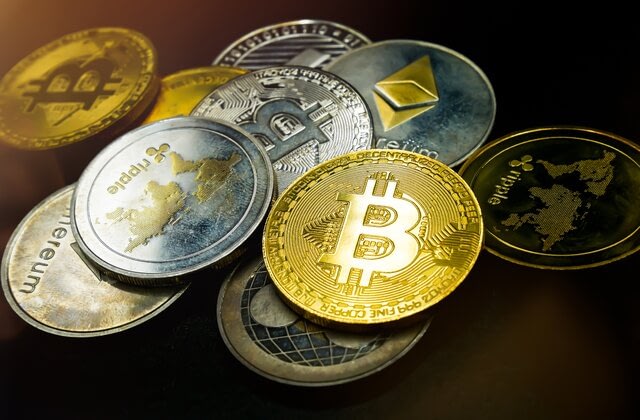 
It’s been a pretty interesting first few months for the crypto market. With the conflict in Ukraine still weighing down on coin prices, investors are looking to find the top 10 cryptocurrency Redditors are buying.

Reddit is one of the largest platforms for crypto lovers, and the most popular coins on there will be worth watching as they have a high chance of surging. Below, we’ve outlined the top Reddit cryptocurrencies to keep an eye on this week.

As expected, Bitcoin is is one of the top 10 cryptocurrency Redditors are buying. Redditors are unsurprisingly enamoured by the Ukraine conflict, and there has been a lot of talk about Bitcoin playing a role.

The Ukrainian government has solicited donations in cryptocurrencies, and there are talks that the Russian government is also using Bitcoin to move money around and impact the conflict.

Right now, Bitcoin is trading at $38,351 – up 1.72% in the past 24 hours but down 1.99% in the past week. With the asset still very dominant in the market, moves in its price will definitely affect those of other coins. 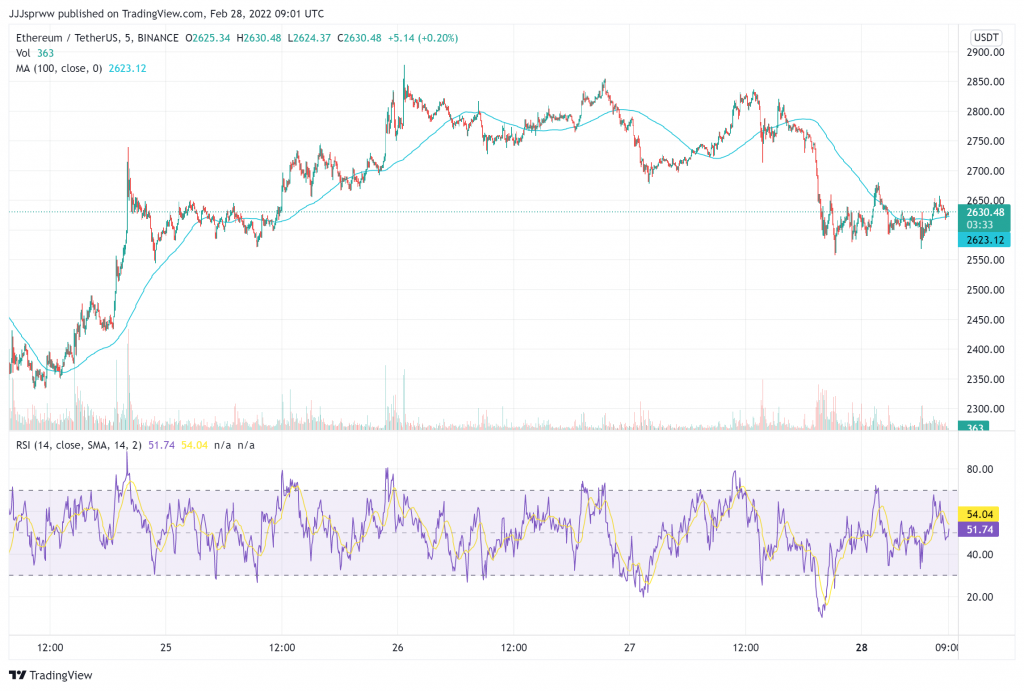 Another top 10 cryptocurrency Redditors are buying is Ether. In the face of the Ukraine crisis, ETH has also had a role to play.

For one, the same tweet from the Ukrainian government where they solicited crypto funds showed wallet addresses for Ether as well. So, donations in the asset have been pouring into Eastern Europe. 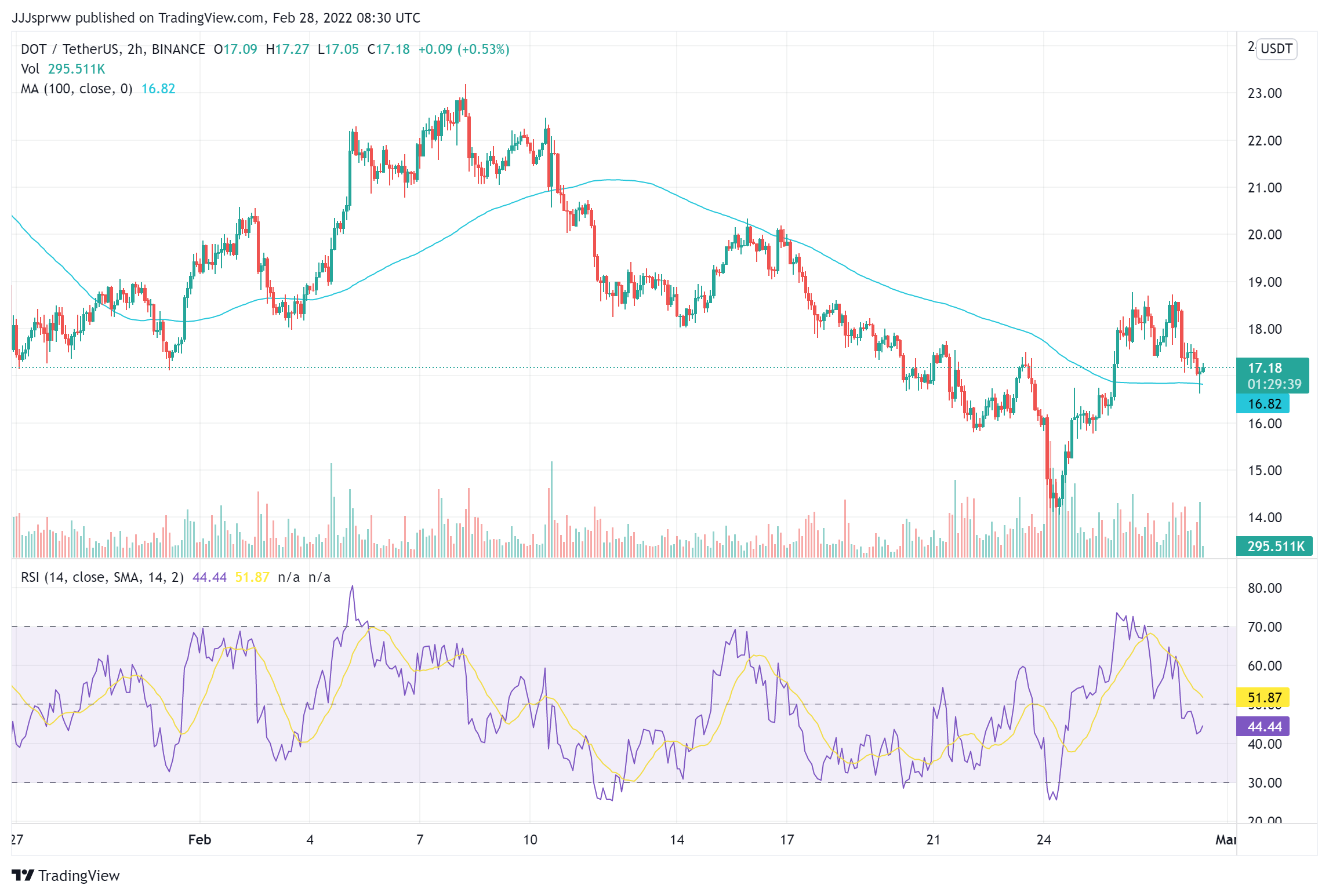 Not necessarily the most popular cryptocurrency, Polkadot’s DOT token is a surprising entry on our list of top 10 cryptocurrency Redditors are buying.

The inclusion came from over the weekend when Polkadot founder Gavin Wood asked that the Ukrainian government should get a DOT address for donations. 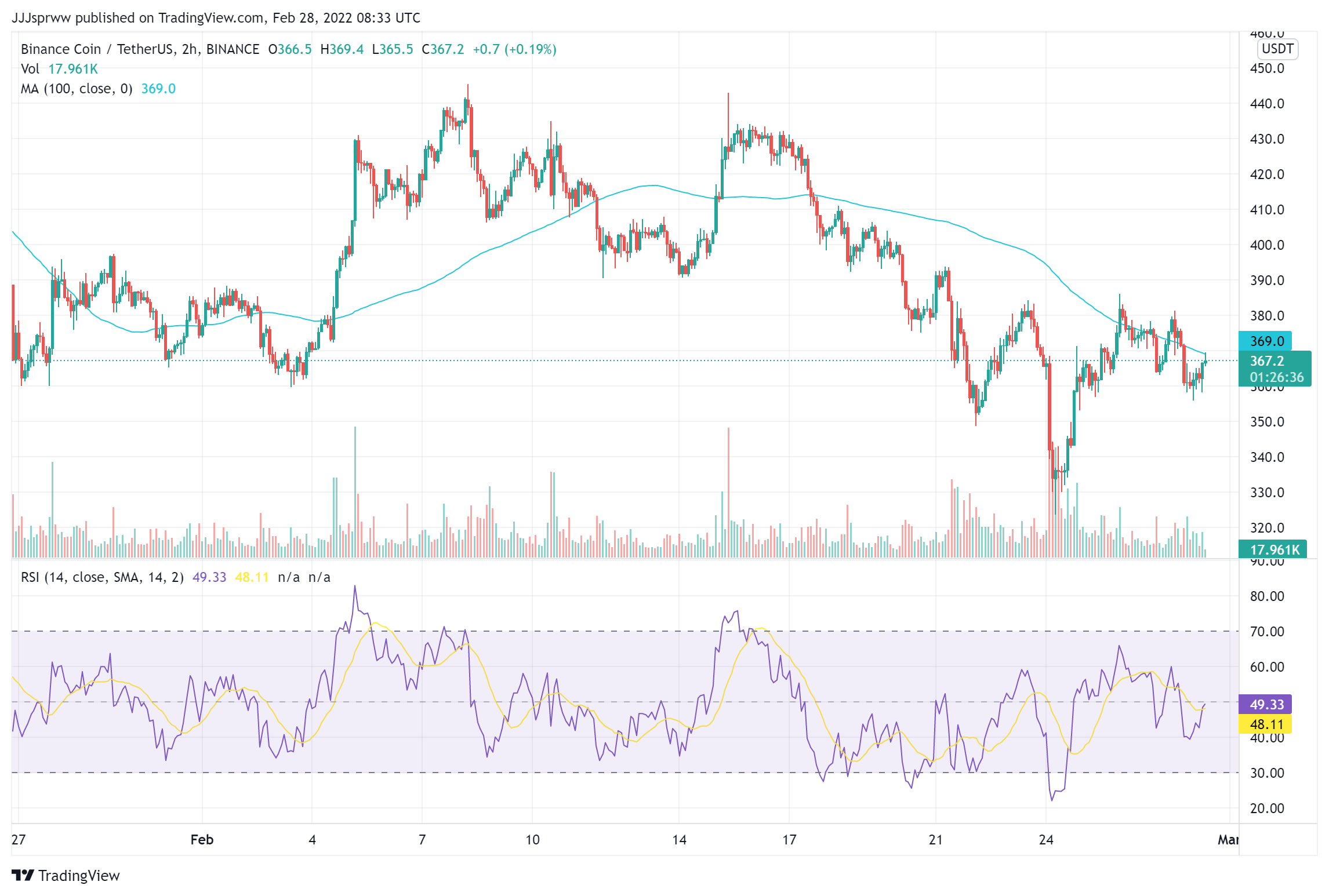 BNB is a pretty regular asset on Reddit forums. So, it’s no surprise that it features on our list of top 10 cryptocurrency Redditors are buying.

As the exchange token for Binance, a lot of BNB’s moves tend to get tied to the exchange. So, when Binance announced a $10 million charitable donation to the Ukrainian government, Redditors were excited about the asset. 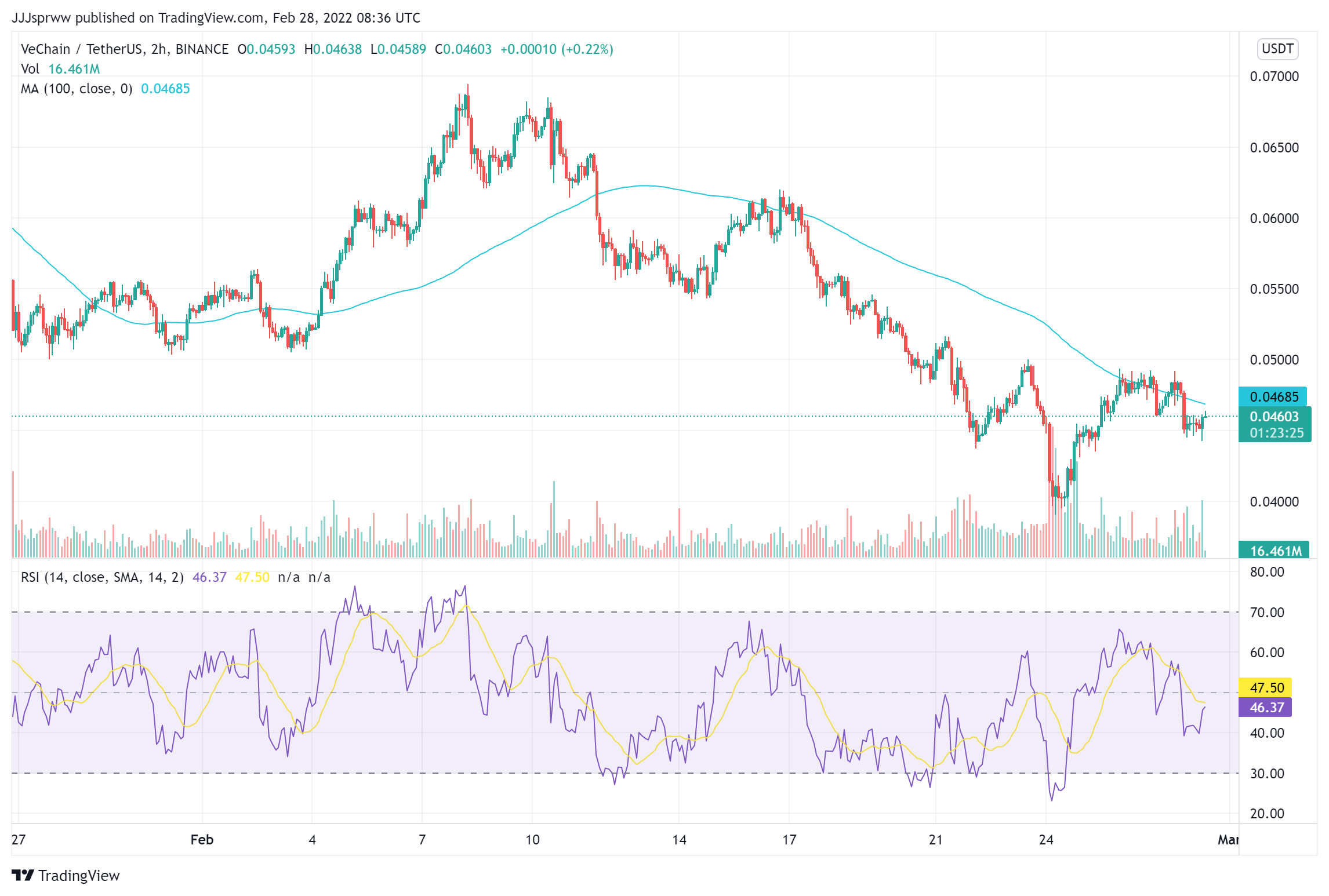 Among the ranks of surprising coins to be included on this list of top 10 cryptocurrency Redditors are buying is VET. The popular VeChain network backs the asset, and it has been getting a lot of attention in the news lately.

Also looking to lend a hand in Ukraine, VeChain CEO Sunny Lu has also asked the Ukrainian government to set up an address for the asset.

Lu has said he will begin VET donations with an $8 million commitment on his end. We expect this to cause some more goodwill, especially with VET’s current price peg of $0.04602 being a 1.72% jump in the past day. 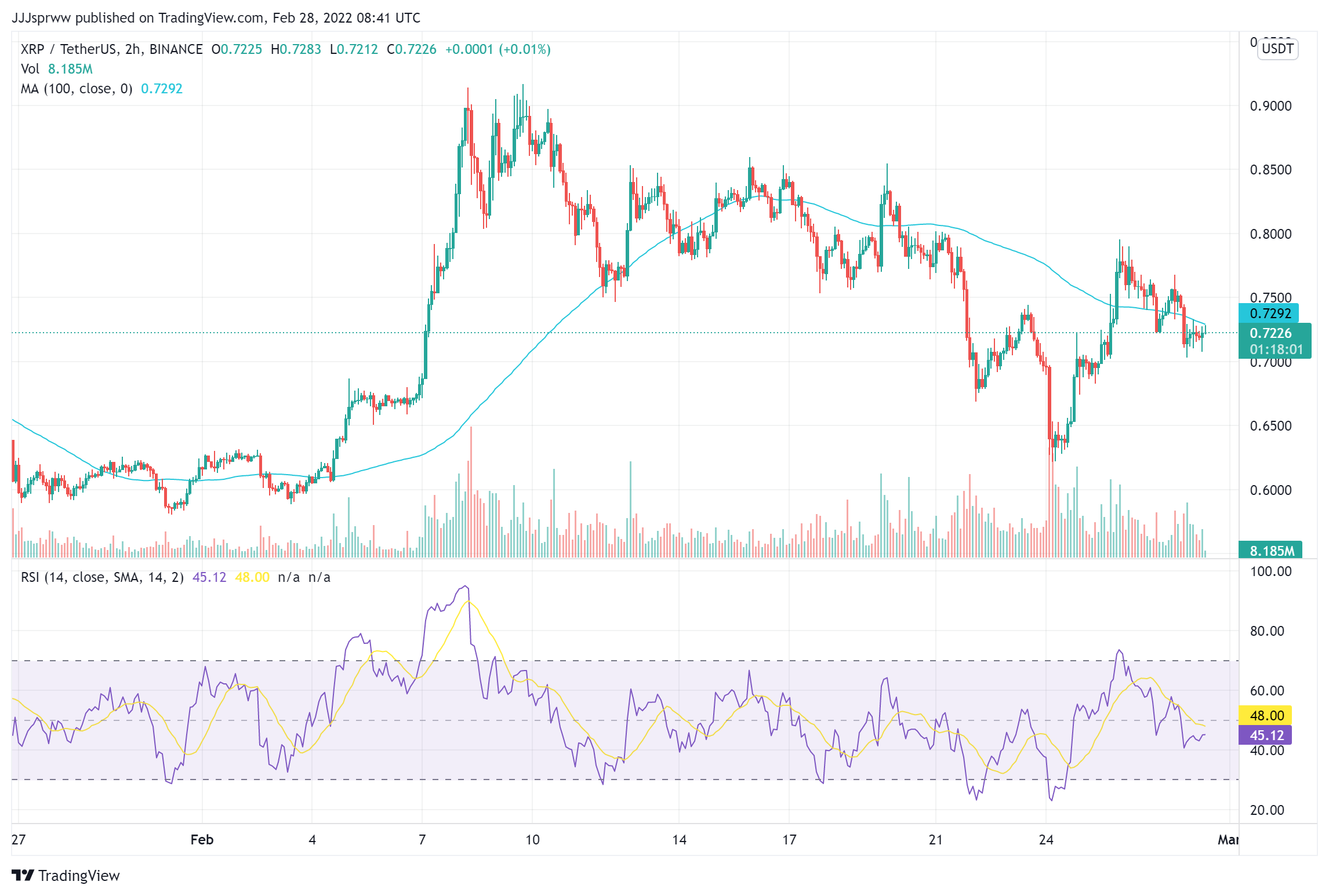 XRP is the first asset to feature on our top Reddit cryptocurrencies list for reasons other than the conflict in Ukraine.

Instead, it’s a lawsuit between its developer – Ripple Labs – and the Securities and Exchange Commission (SEC).

Over the weekend, Ripple filed an opposition to the SEC’s Motion for Partial Reconsideration and Clarification of Judge Netburn’s DPP Ruling.

Jeremy Hogan, an attorney at Orlando-based law firm Hogan & Hogan, called the move the “hardest hitting brief on the SEC,” offering yet another reason for XRP investors to smile. XRP trades currently at $0.7226 – up 0.15$ in the past 24 hours. 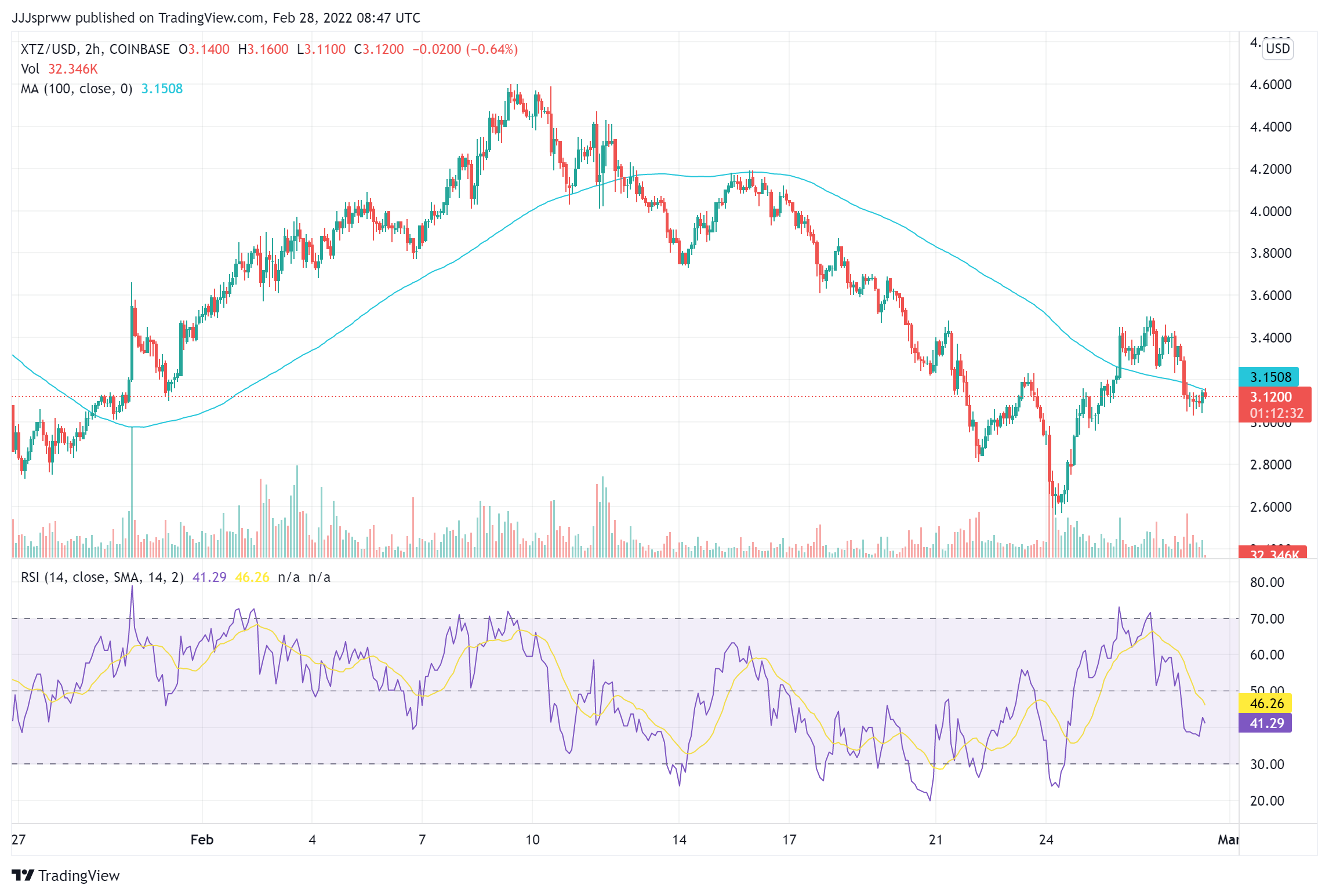 Tezos has been quite an interesting force in the crypto market lately. The blockchain and its XTZ token aren’t the most popular in the market, but they’ve both notched some impressive growth over the years.  A post detailing some of that growth recently went up on Reddit, and it’s been getting a lot of traction.

From increased non-fungible token (NFT)N activity to a partnership with Manchester United, XTZ has been silently making a name for itself. The asset’s price of $3,12 might be a 6% drop in the past 24 hours, but it definitely has a bright future. 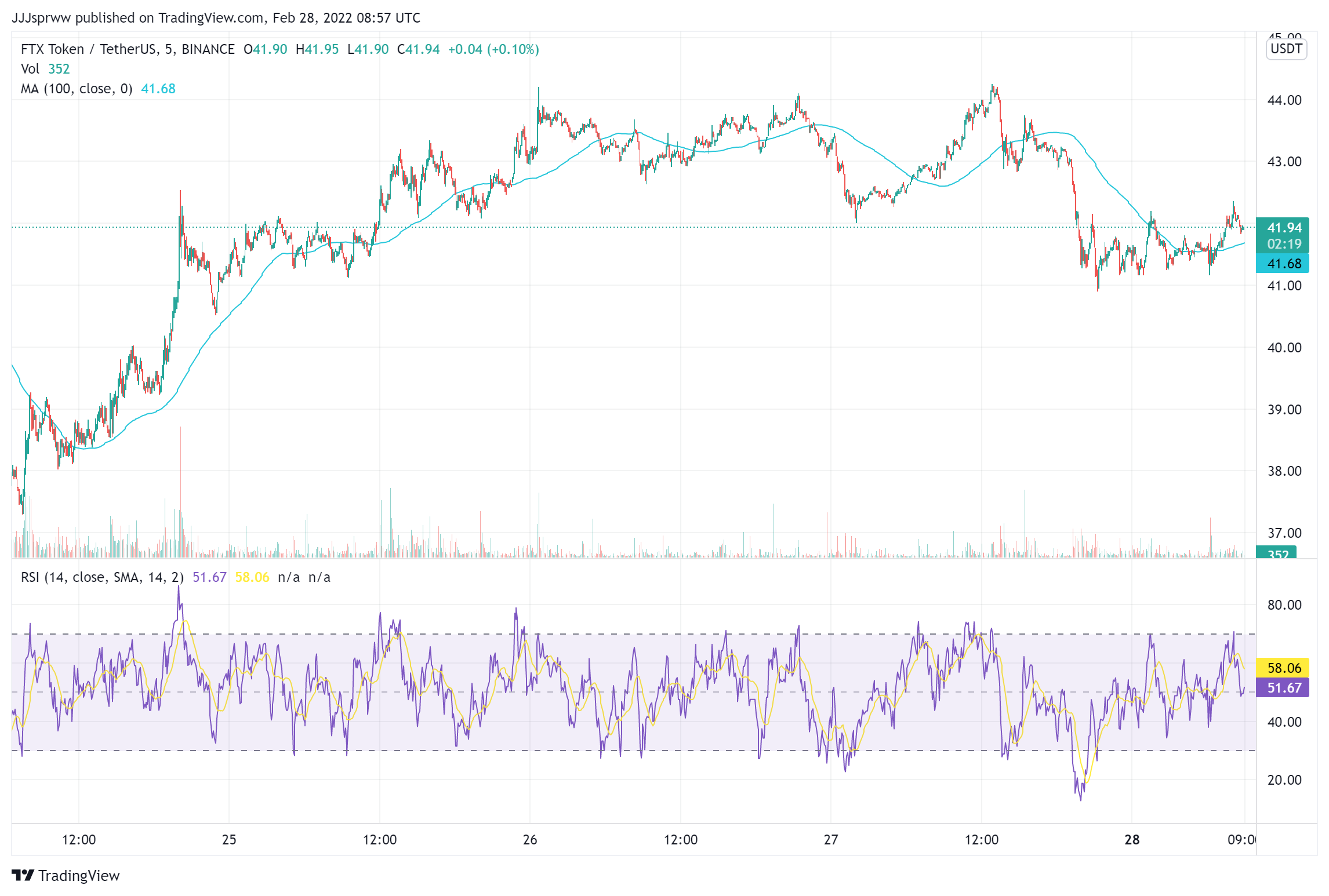 FTX is one of the most popular crypto exchanges in the world right now. The platform has seen massive growth over the past year, culminating in the closing of a recent $400 million funding round.

And, the exchange hasn’t taken its foot off the gas at all. Last week, FTX’s American subsidiary published job openings for software developers as it looks to open a blockchain gaming suite.

The gaming platform is expected to incentivise players with NFTs and crypto tokens, and it is an exciting space for FTX to be in. 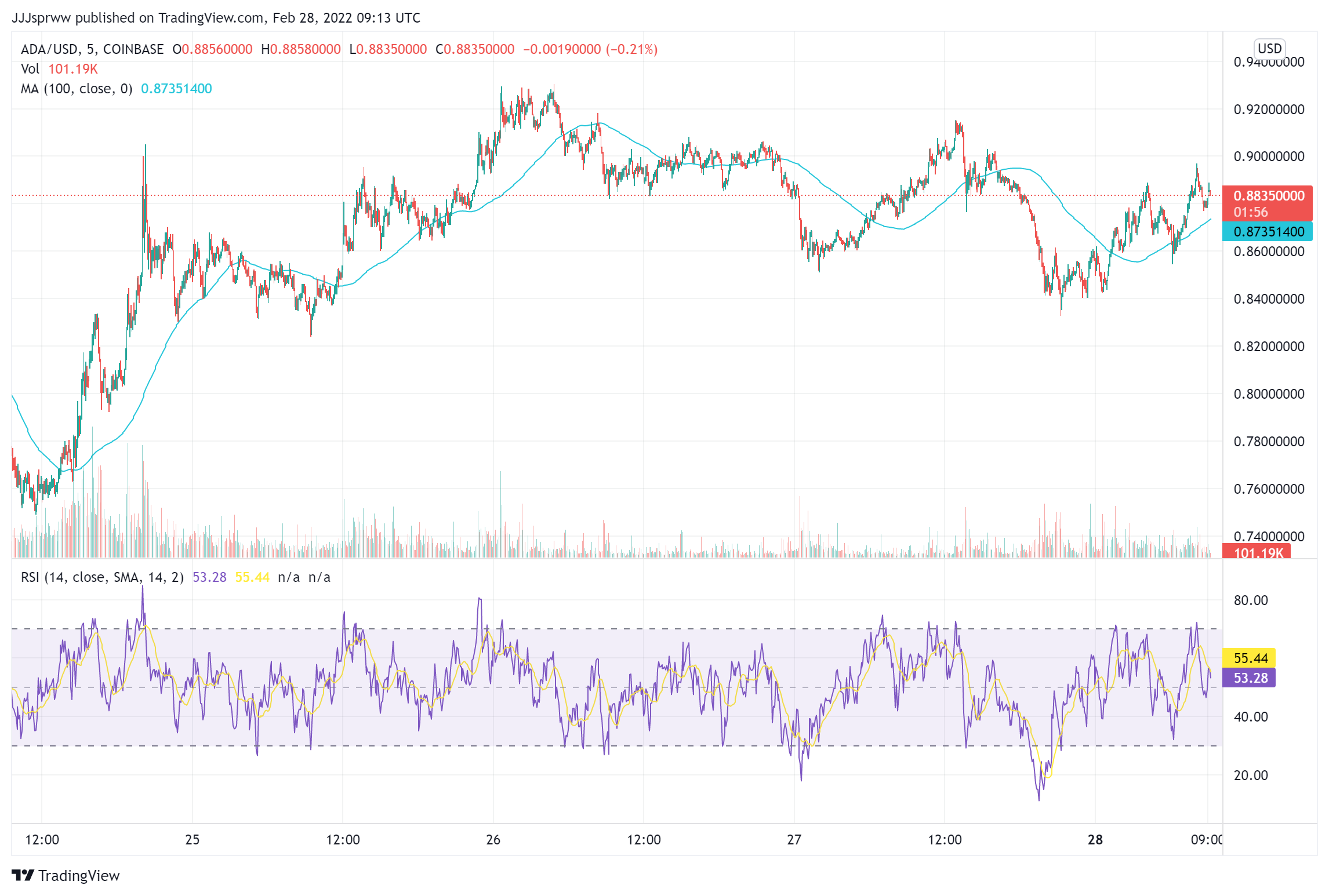 Cardano has been on everyone’s watch since the blockchain completed its Alonzo hard fork in September 2021. But, with the market being volatile since then, the blockchain’s native ADA token has failed to captivate investors as expected.

Last week, the Cardano blockchain made a massive jump as it surpassed both the Ethereum and Litecoin blockchains in transaction volumes.

A Reddit post also revealed that the blockchain had attracted $50 million in decentralised finance (DeFi) investments over the past month, with $177 million in total volume locked on the chain.

The world is currently enamoured with stablecoins at the moment. These assets offer an interesting use case, as investors know.

By offering the stability of fiat currencies and the speed and security of cryptocurrencies, stablecoins are a massive hit. And right now, no stablecoin is as hot as Circle’s USDC.

Last week, the global stablecoin market hit $180 billion in value. USDC remains the second most valuable stablecoin, but its market share has jumped from about 14% last year to 29% this year.

With the market volatility still at its peak, we expect more people to move into this stablecoin in the long run.

How To Setup a S19J Pro To Mine BITCOIN!

Profit and Market Dominance Delivered to you Through Crypto-Integrity-Tao