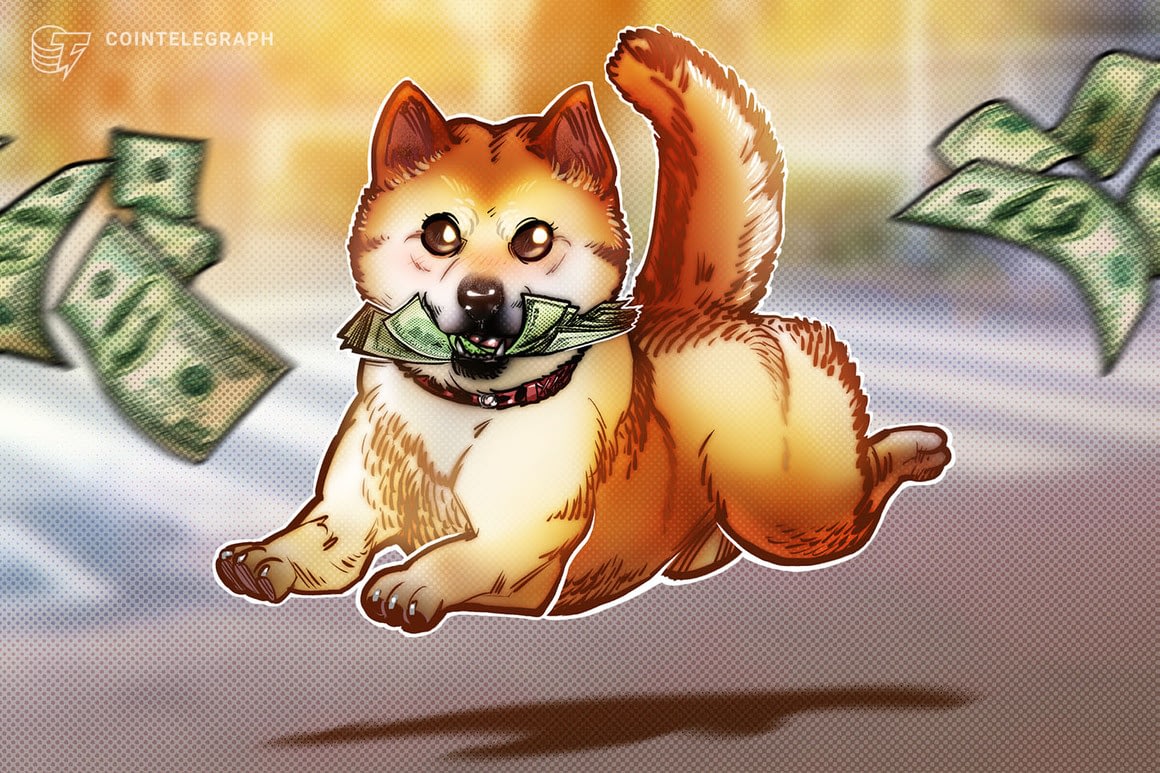 SHIB price climbed by more than 35% to 0.00003, its highest level in almost two months, before paring some gains. Nonetheless, SHIB was still on track to log its best daily performance since Feb. 6 when it rallied by nearly 27%.

Robinhood emerged as a go-to avenue for everyday investors since the pandemic’s start in March 2020. Last year, the retail brokerage added 10 million funded accounts to its platform, with more than half of the new sign-ups coming from first-time investors.

Still, it reported a net loss of $423 million in its fourth-quarter earnings of 2021, noting that its main source of revenue (payments for order flow) made $263 million compared to $267 million in the same quarter of the previous year.

Meanwhile, revenues from cryptocurrency trading surged over 300% in the same period, putting Robinhood on course to introduce more crypto-related services in 2022, including a wallet and the addition of more altcoins and meme tokens to its brokerage platform.

David Gokhstein, the founder of Gokhshtein Media, said the addition of SHIB to Robinhood is “a great thing” for the crypto space, noting that the cryptocurrency could help drive more users to other top coins like Bitcoin (BTC) and Ether (ETH).

With the $SHIB listing on Robinhood, I’m watching the other meme tokens To see if they move.

What’s next for Shiba Inu?

The events that led up to Shiba Inu’s massive intraday rally also include a period of strong accumulation, data from IntoTheBlock shows.

The analytics platform noted the address holding SHIB for more than a year increased their balance in the past 30 days. As a result, these “hodlers” now has control over 2.82% of the net SHIB supply in circulation.

– Addresses holding SHIB >1yr increased their balance by 57% in just 30 days- They now hold 2.82% of the supplyhttps://t.co/zAGHgiM8Qo pic.twitter.com/iwkGVVzMx9

From the technical perspective, however, Shiba Inu continues to face threats from its prevailing bearish continuation pattern.

Notably, SHIB has been consolidating inside a so-called symmetrical triangle since late December 2021. It formed the pattern after falling by nearly 70% decline from its October 2021 high of $0.00008894.

As a general technical trading rule, SHIB should now break below its triangle to resume its bearish trend.

If SHIB falls below the triangle’s lower trendline, its next downside target comes to be at length equal to the maximum distance between the pattern’s upper and lower trendline, when measured from the breakout point.

ETHEREUM AND BITCOIN STARTING MONSTER RALLY!!! THIS HAS NEVER HAPPENED…. WATCH BEFORE FRIDAY!!!!