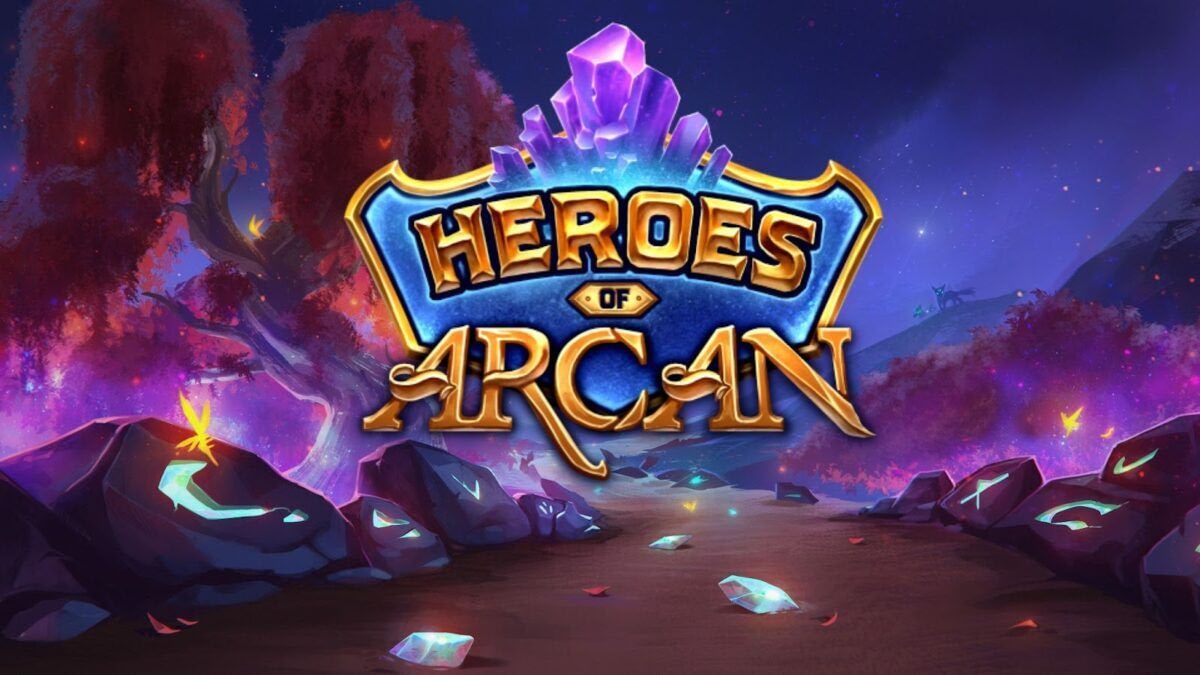 
Heroes of Arcan is a new WAX-based play-to-earn game that pits players against each other in an epic fantasy world, placing the future of the game in the hands of players through DAO governance.

Blockchain-based play-to-earn games have captured the attention of the crypto community at large over the last year, evolving from a relative niche market segment into a massive global gaming ecosystem.

With over 49 percent of crypto wallet activity in Q4 2021 focused on blockchain gaming, play-to-earn games have skyrocketed to the forefront of blockchain use cases.

While blockchain gaming has exploded in popularity, a lack of accessibility to new players, high entry cost to P2E games, and a lack of community governance limit the scalability of many play-to-earn games.

Heroes of Arcan is a new play-to-earn game that aims to disrupt the P2E marketplace with a vivid fantasy world in which players compete for dominance over NFT-based land fragments through resource collection, player-to-player strategy, and the use of powerful NFT-based heroes.

Set within an epic fantasy world, Heroes of Arcan draws players into a world in which they must collect resources, recruit powerful heroes, and create then execute strategies in order to overcome the environment of Arcan and each other.

The map of Arcan, broken into 10,000 individual NFT fragments, allows players to take control of territory, build upon it, or trade with other players.

The Heroes of Arcan gameplay loop draws inspiration from wildly successful strategic territory management and expansion games such as Sid Meier’s civilization, incorporating elements from MMOs and Hero mechanics similar to those found in popular MOBA games such as DOTA 2 or League of Legends.

Every resource collected within the game can be traded within the Heroes of Arcan internal marketplace for ARCA, a WAX-based blockchain token that fuels the in-game economy.

The titular Heroes of Arcan provide players with the ability to recruit powerful heroes, each of which offers unique skills and passive powers that can dramatically alter the strategic flow of conflict within the world of Arcan.

Heroes can also be used to access quests, participate in seasonal events, or collect and open chests, which provide players with random loot drops.

Rather than force players to engage in single-player gameplay focused on minting valuable NFT assets, Heroes of Arcan cast players into a world where cooperative and inter-faction conflict driven by players can make or break an expansion strategy — simply hoarding resources is not enough to succeed.

The three primary factions of Arcan — the warlike Conquerers, the magic-focused Wiser, and the religious and diplomatic Preachers — each provide players with access to faction-only Discord communities, allowing players to create collaborative strategies or betray one another.

Players control the destiny of arcan

Heroes of Arcan, spearheaded by founder Thomas Gio, bills itself as a play-to-earn game built by players, for players, driven by players.

Unlike some other play-to-earn games, the development of the Heroes of Arcan ecosystem isn’t static — rather than operate vertically, Heroes of Arcan places the destiny of Arcan in the hands of the players through DAO governance.

All Heroes of Arcan marketplace transactions are subject to a small tax, which is paid into a community ARCA wallet.

Players that possess ARCA tokens and stake them in the Heroes of Arcan DAO gain the ability to propose and vote on changes to the game and receive ongoing financial incentives in return for staking.

Lowering the cost of entry to play-to-earn games

One of the most significant issues the contemporary play-to-earn gaming marketplace faces is the cost of entry into P2E games for new players.

Some of the most popular Ethereum-based games, such as Axie Infinity, require significant investment before a player can start participating in the “earn” part of “play to earn” gaming — setting up a team of Axies, for example, can cost as much as $600.

The high cost of entry to P2E games has created an ecosystem in which many players are forced to rent in-game assets from lenders or guilds, establishing financial obstacles that prevent new players from entering the play-to-earn ecosystem.

Heroes of Arcan, however, leverages the WAX blockchain, dramatically lowering the cost of entry into the world of Arcan through fee-free transactions and NFT minting costs of a few cents.

Heroes of Arcan is currently under active development, with a token sale scheduled for mid-2022.