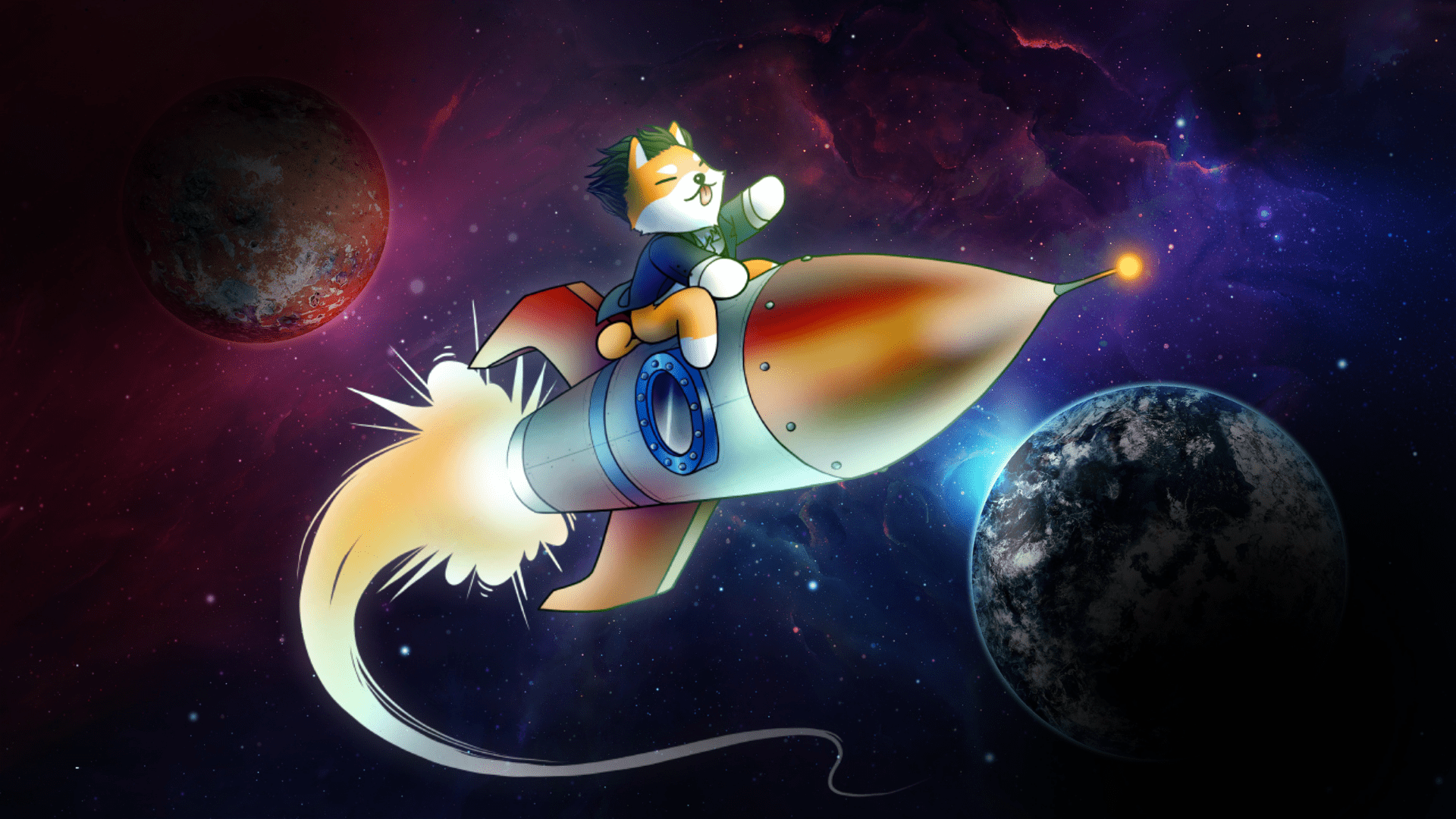 YEREVAN (CoinChapter.com) – Dogelon Mars (ELON) crypto is a dog-themed meme coin named after Tesla CEO Elon Musk. It is the next canine-inspired cryptocurrency looking to replicate the successes of Dogecoin, Shiba Inu, and Floki Inu.

Despite the occasional bumps on the road, the ELON coin has maintained a decent run. Even though it has slightly dipped in price, it still runs over 4,700% above its all-time low of April this year, according to CoinStats.

ELON could potentially welcome 2022 with a massive rally, according to the readings on the chart. The 12-hour chart on TradingView by the Poloniex exchange displays a bull flag setup.

The Dogelon Mars coin plays on several catchy terms in crypto, capitalizing on Elon Musk’s popularity. They use Musk’s name, the market craze of Dogecoin (DOGE), and even gave Elon’s hair to the Shiba Inu dog on the logo.

The website has several short comics published that follow Dogelon’s adventures to Mars, where he meets friends.

“Follow the story of Dogelon Mars as he explores the greatest mysteries of the galaxy and seeks to recolonize the planet he once called home with the help of the friends he’s made during his travels through the stars.”

In November, ELON’s price rallied by 120% following an announcement from the devs. The team announced plans to launch xELON, a governance token that facilitates decision-making and incentives for the ELON DeFi ecosystem.

The team also announced that the next development phase would include building DeFi and staking opportunities with a new contract.

“Dogelon Mars is venturing into the next phase of development, building DeFi and staking opportunities with a new contract. At this very moment, construction is underway as the community leaders introduce DeFi and a new token to the ecosystem,”

With speculations of a massive rally for major dog-themed meme tokens in 2022, Dogelon Mars might see better days ahead. After all, if SHIB aims for the moon, ELON is going to Mars.

Bitcoin cycle is far from over and miners are in it for the long haul: Fidelity report

Is ELON a Pump & Dump Coin?