With Nodes, You No Longer Need to Own the Infrastructure for Blockchain 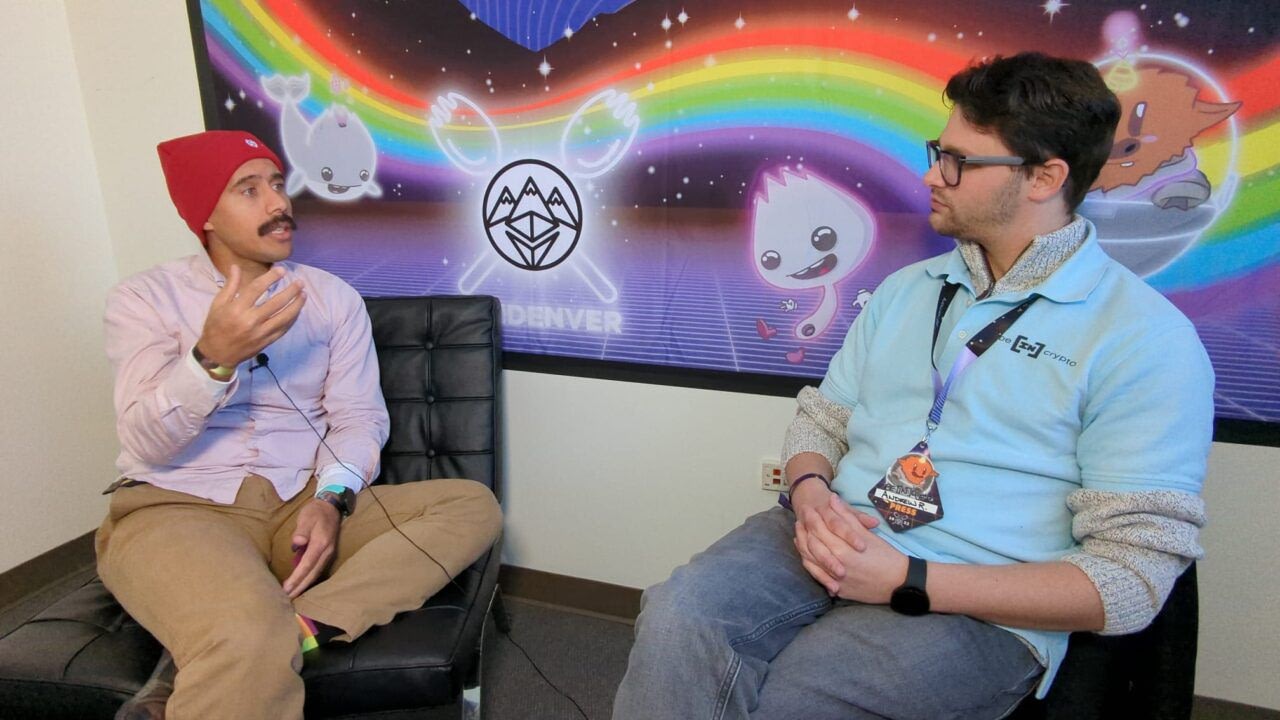 Live from ETHDenver 2022, Be[In]Crypto sat down for a live interview with Pocket Network on why we no longer have to own the infrastructure for blockchain with ‘pocket’ nodes.

However, we are now at the point where we know how to provide the correct infrastructure, as centralized companies become more decentralized, according to Pocket Network’s growth operations lead Rich Cuellar-Lopez.

Pocket Network, a Web3 infrastructure middleware protocol, provides extensive blockchain bandwidth from a globally-distributed network of over 30,000 full nodes to applications in Web3 across 37 different blockchains, including Ethereum, Polygon, Solana, Avalanche, and Harmony.

Earlier this month, the company revealed that it broke its 30,000 node milestone, jumping 3,000% from 1,000 to 3,000 nodes. These blockchain nodes are capable of providing infrastructure services to over 3 dozen other blockchains, including Bitcoin, which has around 15,000 nodes. In hosting thousands of these nodes, other blockchains such as Ethereum can access its node services via an API, or application programming interface.

Back in January, the $1.5 billion Tampa-based Web3 developer announced its $10 million raise, exceeding $56 million in December alone, thanks to New York’s Republic Capital, RockTree Capital, Arrington Capital, as well as other institutional funding.

In its press release, Pocket Network said it would use the newly-raised capital to fund development on its network, also using funds to expand its operations into the Asia-Pacific region. This was the company’s third institutional funding round.

Are we past Ethereum’s previous scalability issues?

Five years after CryptoKitties, the industry is still relying upon the same few centralized companies, which are only becoming “more decentralized,” Lopez told Be[In]Crypto.

Lopez believes that we are past this hurdle and no longer need to own that infrastructure – but instead, can route it, providing for a truly decentralized blockchain network.

“That kind of structure back in 2017 was such that we were relying upon a couple of companies that owned servers and hardware, such as AWS – and that’s one way to do it. But, if that goes down, a large swath of this permissionless blockchain is all of a sudden unusable,” he explained.

He says that now, we are at the stage where companies can actually route that to tens of thousands of nodes around the world, having a marketplace for excess bandwidth. With each node costing 15,000 of Pocket’s native token, POKT, the company projects billions of relays by mid-2022.

“I love the work that people do in the infrastructure space, and if they’re centralized, that’s one way to do it. But if there is any downtime, even for an hour, it shouldn’t impact Ethereum or any blockchain you’re using. With more than 30,000 nodes, even if a couple thousand nodes go down, nobody is truly impacted.”

Lopez, who leads the marketplace team at Pocket Network, ensures that the node supply side is healthy, while ensuring the demand remains healthy and stable.

“Having this network allows us to have 100% uptime, where if something goes wrong in one part of the world, we have nodes elsewhere throughout the world that can help keep operations flowing. It’s not about running one type of machine anymore,” he said.

Through the nation’s newly-revised Non-Profit Entity Act, DAOs are now dressed with the same corporate identity and ability to similarly hold real estate. In other words, DAOs incorporated within the Marshall Islands’ territory would not have to register as a separate LLCs.

Currently, DEX software developer Shipyard Software is the first DAO putting the newly-revised law to the test with its AdmiralDAO.

“I wouldn’t be surprised if more than half of the people I know are employed by a DAO by the time I leave this Earth,” Lopez shared. “There’s no doubt in my mind that DAOs will either have to ask for regulatory compliance or legal structure. All legal jurisdictions will have to go out and ask how to make an entity out of a DAO.”

Expanding on this, Lopez says that he believes these conversations will happen in waves, as we are just now at the beginning stages of talking about DAOs as a hot, trending topic:

As for those who attended this year’s ETHDenver, Lopez describes the atmosphere as euphoric, lending importance to “filling our buckets before we go back to our respective Discord channels, audio rooms, and crypto Twitter.”

“I truly believe that in an unsexy infrastructure, we can all collaborate, even at an event like ETHDenver,” he continued. “For those in attendance, take it all in, fill up your buckets – but then go back to building and preparing for the next conference.”

Lopez also encourages each of Pocket’s competitors to collaborate, noting the potential for each company to spin these nodes and be a collaborator to “continue improving their business model.”

“I’m already thinking about the conversations I want to have next year at ETHDenver, because I fully anticipate all of the things being built by then, and what we will talk about. I think it’s important to remember that we are all here to build something and collaborate. If you’re doing those two things really well, next year’s ETHDenver will be pretty cool.”

Biggest News EVER For Bitcoin & Ethereum!! (All HODLERS Must Watch)