Top 5 Best Cryptocurrencies to Invest in for 2022 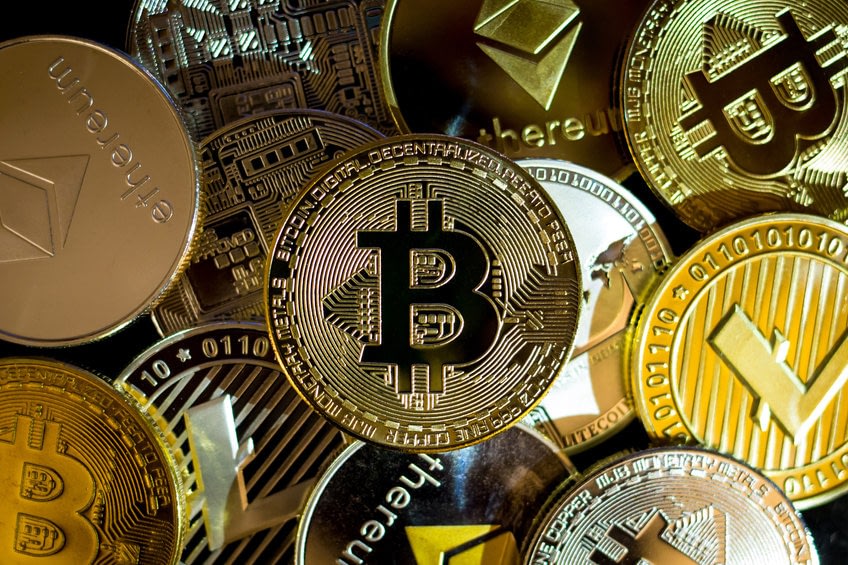 1. Ethereum – Star of the Show

The Ethereum blockchain prides itself as “the world’s programmable blockchain” capable of hosting numerous applications. It uses cryptocurrency to mean more than money by applying it in decentralising and disrupting various industries. Although it followed the path of Bitcoin, it differentiated itself by being the source of most financial services, games, and apps in the crypto space. It can maintain a secure network due to the decentralised nature of the blockchain.

The blockchain is powered by Ethereum (ETH)– its native currency. It is minted with every block and distributed to miners. There’s no limit to the amount of ether that can be minted, and the supply is set to increase by 4.5% every year. Two ETH is minted every block. Every protocol or application on the network expends ether. The more the blockchain is used, the more the demand for ether, and the higher its worth. ETH is currently worth $4,056.72 across exchanges and can be bought on all exchanges known to man. It is second to BTC with a market cap of $482.2 billion.

Since its launch in 2009, Bitcoin has peaked over five times, reaching an all-time high of $69,045 on November 10, 2021; about $31,000 shy of $100k. Bitcoin (BTC) is expected to hit $100k in 2022, but this milestone will ride on many factors. Bitcoin is currently trading at $50,186, meaning that if you buy now, there’s the possibility of making X2. One of the factors that drive the price of Bitcoin is market demand as other assets. This implies that the higher the demand for Bitcoin, the higher the price. And with a limited supply, the closer Bitcoin gets to its limit, the higher its price will get. Asides from market demand, the marginal cost of production might also affect its price. Every year, Bitcoin experiences an average growth of 200%. This has driven governments and institutions to understand everything about cryptocurrency and blockchain technology. However, this has brought about more regulations that might make the price go up or down. With the current state of the world’s economy, Bitcoin has presented itself as the saviour. Institutions, investors, and governments now store value using Bitcoin. Even though the world’s economy stabilises and everything returns to normal, the confidence in Bitcoin will still be maintained. With the current increase in the adoption of Bitcoin for payment and store of value, the price will move up in the long run as demand will rise. A very good example is El Salvador that used Bitcoin as a store of value.

Similarly, the increased use of Bitcoin in speculation and derivatives will affect the price. Bitcoin is now featured in futures trading, making it more than a utility. All these factors will contribute to how the price of Bitcoin will move in 2022. But don’t be cut unaware when the price moves past $100k. It is very possible. Bitcoin has a market cap of $948.5b. It is on sale on every exchange platform.

3. BNB – the Continued Growth of BSC

Binance coin (BNB) is the native token of the Binance exchange platform. It powers the Binance ecosystem. It was launched in 2017 and issued during an Initial Coin Offering (ICO) between late June and early July 2017 for 11 cents. Fifty percent of the total supply was sold at the ICO, 10% was given to angel investors, and the remaining 40% was allocated to the founding team. There is a limited supply of 200 million BNBs in circulation. This is continuously depreciating because of the timely burning events. During the coin burning, Binance uses 20% of its revenue to repurchase and burn BNB. This is planned to continue until 50% of the amount in circulation has been destroyed. This limits supply, creates scarcity and drives the price upward. With the continued growth of the BSC (Binance Smart Chain), the demand for and adoption of BNB will increase and its price also. However, it should be noted that BNB is non-inflationary. It is currently ranked third behind Ethereum and Bitcoin, with a market cap of $91.3b. It is trading at $543.57 on Binance, gate.io, Coinsbit, and CoinTiger.

Solana is an open-source computing network aiming to increase the speed of transactions while ensuring decentralisation. It was developed in 2017 by Anatoly Yakovenko. The Solana network can validate over 50,000 transactions per second for less than a penny per transaction. It employs the proof-of-stake mining model to validate transactions, create new coins, and monitor the amount in circulation. This model allows holders to stake their tokens and become validators. As validators, they earn rewards and share in the transaction fees.

Also, it can be used in participating in the platform’s governance. Holders can vote on future upgrades, fixes, and proposals submitted to the community. Out of the 489 million planned for circulation, 260 million SOL is already in the market. It is currently ranked 5th with a market cap of $61.3b. One SOL costs $198.4. It is listed on Binance, MEXC Global, Huobi Global, KuCoin, and Coinbase Exchange.

The Terra blockchain is already gaining traction across the world as a DeFi service provider and stablecoin payment platform. However, it is still evolving and expanding. The Terra platform uses LUNA as its native token and to maintain the stability of the stablecoins. The total supply of LUNA is under a billion.

LUNA performs various functions, including payment for transactions fees, volatility absorber, and staking. It is also used to partake in the governance of the platform. Holders can create and vote on proposals in the community. Terra (LUNA) costs $98.8, and it is ranked 9th with a $36b market cap. It can be found on OKEx, MEXC Global, Binance, and Osmosis.

Remember, the crypto space is very risky and volatile—only part ways with funds that you can lose. Invest wisely.

Ethereum 4GB DAG is UPON US…

Ethereum (ETH/USD) eyes a break below a yearly low. A price of below $1,000 beckons