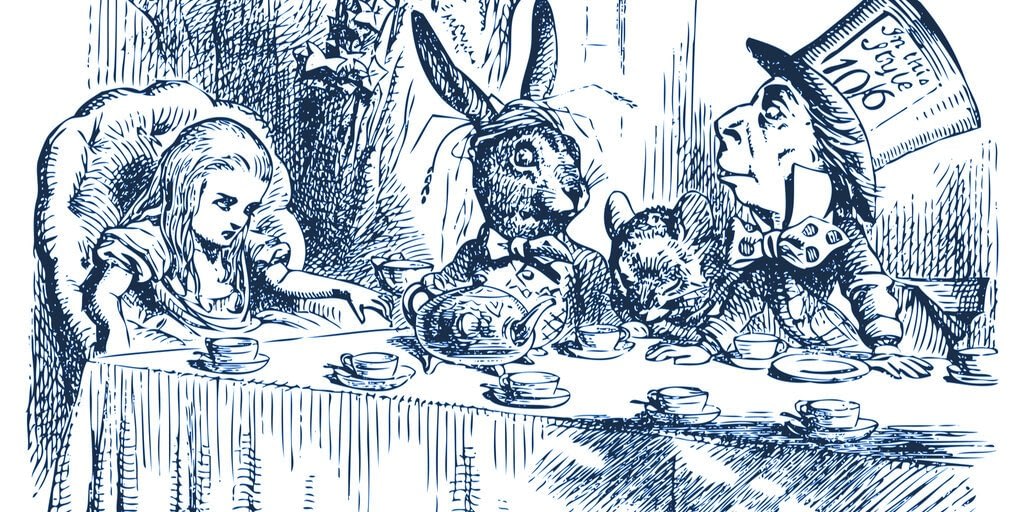 The biggest story to hit DeFi this week (and maybe in the past two years) was the revelation that the co-founder of DeFi project Wonderland, 0xSifu, is an alleged serial fraudster with ties to the infamous Canadian crypto exchange QuadrigaCX.

Wonderland is an Olympus fork built on Avalanche, with a similar bonding mechanism and exorbitant APYs for staking.

But if you’re not caught up on any of that, not to worry. Here’s what we know so far. This story is pretty convoluted, and is by no means finished.

1/ This needs to be shared @0xSifu is the Co-founder of QuadrigaCX, Michael Patryn. If you are unfamiliar that is the Canadian exchange that collapsed in 2019 after the founder Gerald Cotten disappeared with $169m

I have confirmed this with Daniele over messages. pic.twitter.com/qSfWNnQPhr

On January 27, a Twitter user named Zach declared that 0xSifu is in fact Michael Patryn, a co-founder of QuadrigaCX.

Patryn spent 18 months in prison for credit fraud and has ties to a criminal organization called the ShadowCrew, according to reports from Canadian news outlet The Globe and Mail.

Now, the Quadriga story was a weird one, even by crypto standards. The other Quadriga founder, Gerald Cotton, died while on his honeymoon in India and was apparently the only one with access to the exchange’s private keys. Without access to these keys, $190 million in exchange assets were essentially frozen.

To help move the proceedings along, a Canadian court appointed the accounting firm Ernst and Young to oversee a resolution. The firm later revealed that the cold wallets with those exchange funds were in fact empty.

It’s a long complicated story, mired in controversy and strangeness. I’d recommend catching our explainer on the events here.

This is relevant context because before Zack’s outing of 0xSifu last week, it appears that no one had any idea 0xSifu and Patryn are the same person—including the other people behind Wonderland. Once uncovered and then confirmed by Wonderland co-founder Daniele Sestagalli, other developers, including SushiSwap founder 0xMaki, came out to say they had suspected 0xSifu was “borderline.”

The whole sifu saga was put on my radar by @DeFi_Ted back then.. I asked @danielesesta about his choice of collaborator while in Lisbon with him. I can’t give sifu a pass and he should be defrauding all the users of Quadriga. Dani is walking on a fine line but ready to help him.

The events caused panic throughout the sector, landing a massive blow to the Frog Nation, the group of projects overseen by Sestagalli, which were all inextricably linked to Patryn. What’s more, Sifu was in charge of Wonderland’s massive treasury holdings, and investors in the project were, understandably, none too pleased given Sifu’s past.

Tokens for Wonderland and associated projects like Popsicle Finance and Abracadabra all collapsed. For those on the outside, it may have been hard to feel sympathy for investors who invested in a project called “Abracadabra.” But for those holding bags, it was brutal.

1/ Today allegations about our team member @0xSifu will circulate. I want everyone to know that I was aware of this and decided that the past of an individual doesn’t determine their future. I choose to value the time we spent together without knowing his past more than anything.

Wonderland then launched a vote to remove Sifu from his position as treasurer, then another vote to wind down the project entirely. Tons of similar proposals emerged on the voting platform Snapshot, all with conflicting outcomes.

And once the “official” vote concluded, and the community voted to continue moving forward, Sestagalli announced on January 30 that the project would be shutting down.

1/Wonderland experiment is coming to an end. It is clear from the vote that the community is divided. The core and heart of Wonderland is still the community. If we cannot find agreement on wether to continue or not, it means that we failed.

Just 14 hours later, enough had happened behind the scenes for Sestagalli to reverse course. He tweeted that “a lot of great people reached out to help Wonderland move ahead stronger than ever.”

Gm. A lot of great people reached out to help Wonderland move ahead stronger than ever. The outstanding support of the community shows how strong this project is despite weathering this storm. Thank you frogs for giving me the energy to keep building.

Shortly after, Sestagalli told the Wonderland community in Discord that the “DAO is gonna be managed now by me Directly. The circus needs to stop now and we need to gather with serious proposals and structure to move forward.”

And that’s sort of where things stand now: Wonderland lives on.

Most notably, Sifu/Patryn began moving blocks of 100 ETH through the privacy mixer Tornado Cash on February 1. Elsewhere, the CEO of Wintermute, a market maker in DeFi, reported that the wallet connected to Sifu/Patryn reports a “low risk” flag when pushed through a commercial service like Chainalysis or Elliptic. This means that from a KYC and AML point of view, these analytics services don’t consider this particular wallet as doing anything shady.

It’s quite a messy situation, but isn’t the first DeFi has seen, and won’t be the last. The situation raises questions about your favorite DeFi personalities—the humans behind their Discord usernames and Twitter avatars—and who holds the power at the popular “decentralized” organizations.

And Sifu/Patryn himself raised one such question on Wednesday:  “When did we start demanding background checks in DeFi?”