Russia could use crypto to evade Western sanctions 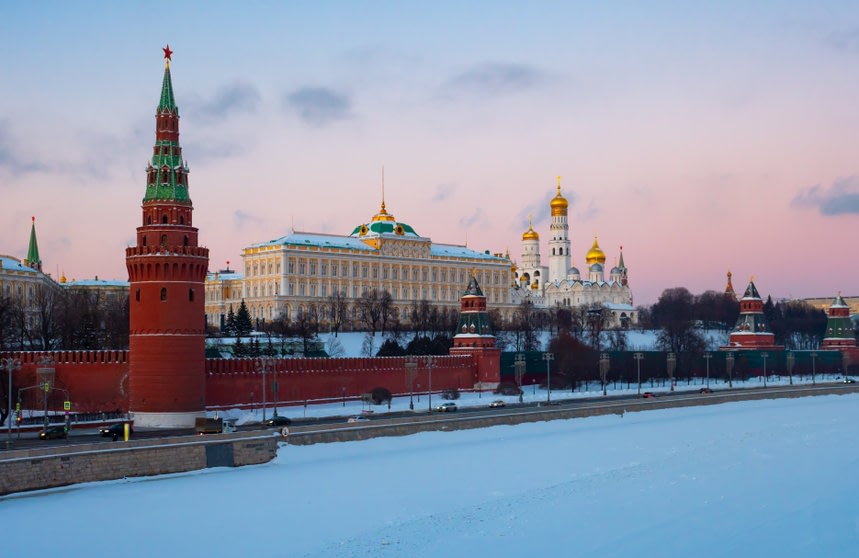 
After anticipating a turn of events for a while, the die is finally cast. Earlier this week, Russia launched a large-scale invasion of neighbouring Ukraine after months of mounting tensions. The crypto market reacted violently and bitcoins (BTC) value plummeted. Many are now awaiting harsh sanctions to be announced by the West. According to experts, however, it could be that Russia will utilize crypto to largely circumvent these sanctions.

With the unprovoked invasion of Ukraine, it is almost certain that Russia will become the target of far-reaching sanctions from the West. These sanctions will try to isolate Russia from the rest of the world, and especially the financial sector will be hit hard.

Both the EU, the United Kingdom and the United States have already announced the first new round of sanctions that will go much further than those dating back to 2014 after Russia’s annexation of Crimea. President Vladimir Putin seems unfazed however, and the Russian government seems to express little concern so far.

“Russia has had a lot of time to think about this particular consequence. It would be naive to think they haven’t mapped out exactly this scenario.”

The draft maintains the current ban on crypto payments for goods and services, puts a limit on the number of Rubles people can invest in cryptocurrency, and puts limits on crypto mining.

The Russian crypto market was valued at more than $200 billion in early February, about 12 percent of the global market. According to the Russian government, 5 billion worth of transactions are performed using cryptocurrencies in the country every year, and the population of 144 million owns about 26.5 billion worth of crypto.

On January 20, the Russian Central Bank called for a total ban on cryptocurrencies in Russia, but it has not come to that. President Putin also got involved in the discussion. He acknowledged the risks of investing in cryptocurrency, but the Central Bank should not stand in the way of technical progress. Finance Minister Anton Siluanov anticipates for this law to come into force by the end of 2022.

This may have to do with the fact that Russia has an asset that allows the country to largely negate Western sanctions. This asset has everything to do with the crypto industry, the New York Times reports.

“When the United States banned Americans from doing business with Russian banks, oil and gas developers and other companies after the country’s invasion of Crimea in 2014, the blow to the Russian economy was swift and immense. Economists estimate that sanctions imposed by Western countries cost Russia $50 billion a year. Since then, the global market for cryptocurrencies and other digital assets has exploded. That’s bad news for sanctions executors and good news for Russia.”

According to experts, it is inevitable that Western sanctions will be absorbed with the use of bitcoin and other cryptocurrencies. Because cryptocurrencies are borderless, this can ensure that Russia can get out of all sanctions fairly easily.

Another alley Russia is exploring is the launch of its own national cryptocurrency, under the name CryptoRuble. Putin’s economic adviser Sergei Glazyev suggested introducing the currency would help circumvent Western sanctions when the plans were first announced.

The new digital currency would in fact be nothing but a digital version of the Ruble. The government likes to have its own cryptocurrency that cannot be mined. In addition, the Russian government could closely monitor the use of the currency.

Previously, deputy finance minister Alexey Moisseev and deputy governor of the Russian central bank, Olga Skorobogatava, indicated that they have no need for the arrival of this cryptocurrency. Given the current situation, however, officials opinions may take a turn and lead the development of the CryptoRuble onto a fast track.

The subject was discussed extensively in 2015. At the time, payment provider Qiwi already hited at the idea of launching a national Russian cryptocurrency. Qiwi then spoke about the BitRuble.

Russia has an official working group that is currently investigating what the possible risks of this launch could be and what kind of regulation should be introduced if the plan goes ahead.

In the past, there have been reports of cryptocurrencies being banned. Today, the stance seems to have reversed, as it leans more towards regulating digital currencies.

Is there a future for digital fashion in the Metaverse?