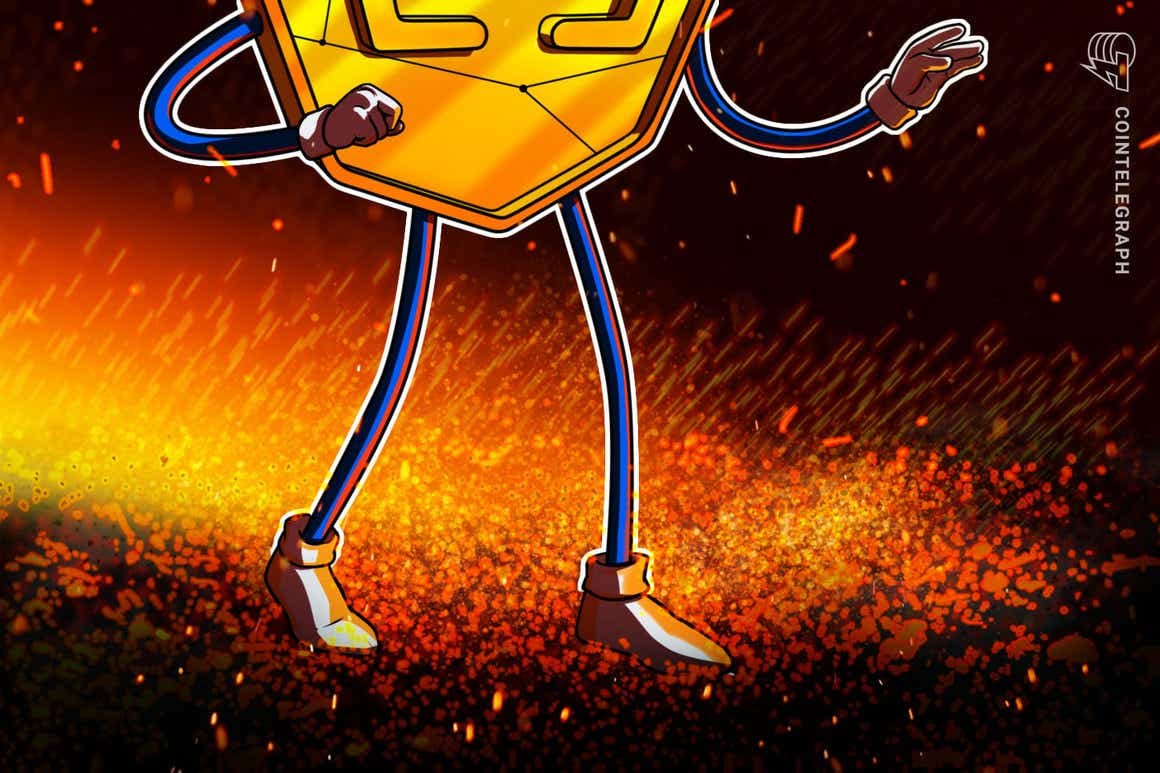 
The prospects of Ren (REN) continuing its ongoing rebound to fresh highs appear slim as a classic bearish reversal pattern begins to emerge.

Dubbed head and shoulders, the setup appears when the price forms three peaks, with the middle peak (called the head) longer than the other two peaks described as the left and right shoulders. The bottoms of these peaks are supported by a neckline.

The pattern comes into play primarily when the price breaks below the neckline in a correction that follows the formation of the right shoulder. That prompts traders to open short entries below the neckline, with their ideal target at a length equal to the distance between the head’s high point and the neckline.

REN has been forming what appears to be an upward sloping head and shoulder pattern, supported by a rising neckline.

In detail, REN price rose and declined into a trough around mid-December 2021, forming the left shoulder. Later, it rebounded sharply to create a higher peak — above the highest level of the first shoulder — and then fell all over again.

REN has since rebounded again and is now in the process of forming its right shoulder, as shown in the chart below.

As a result, the price of REN may continue its rebound until it completes its right shoulder formation, which could be near the 50-day exponential moving average; the velvet wave, near $0.67. That is because of the wave’s recent history of limiting REN’s price rebounds.

Additional sell pressure could also come from the 0.618 Fib line near $0.633 due to its historical relevance as both support and resistance. Overall, a pullback looks likely to happen that would have REN make the right shoulder. Meanwhile, a correction towards the neckline, followed by a break below it, would confirm the head and shoulder setup.

In doing so, the move may shift REN’s downside target to $0.30, measured after adding the distance between the head’s high and the neckline to the breakout point. That is around 50% below the current trading price at $0.59.

The long-term outlook is still bullish

REN’s head and shoulder setup comes as a part of a wider price correction that has seen the token shed nearly 70% of its value from a record high near $1.92 in Feb. 2021.

On a longer-timeframe chart, REN appears to have been only consolidating inside a giant symmetrical triangle, suggesting that its correction toward $0.30 may end up causing a rebound toward $1.20.

Bullish cues for REN may also come from the growth of its backer of the same name. Ren’s core product, RenVM, brings interoperability to the decentralized finance ecosystem (DeFi). It holds users’ digital assets as they move between blockchains using zero-knowledge proofs over an sMPC based protocol.

Related: 3 reasons why REN price is up 340% from its July swing low

REN acts as a bond to run the so-called Darknodes that power RenVM’s sMPC network. Those who deposit 100,000 REN are able to run these Darknodes and as a result, are able to earn rewards in Bitcoin (BTC), Ether (ETH), Zcash (ZEC), and other tokens.

The total value locked (TVL) of the digital assets minted on all chains — which includes Ethereum, Binance Smart Chain, Solana, Polygon, Fantom, Avalanche, and Arbitrum — by RenVM came out to be $1.05 billion at press time compared to $6.6 million in June 2021.

Meanwhile, the total amount of volume transacting through RenVM on all chains reached an all-time high of $8.89 billion on January 4th, 2022. That shows a steady increase in the Ren network’s adoption, thus boosting the upside prospects of REN token.

ETH TO $50K! How to max gains from Ethereum & Altcoin Season

FTX is done — What’s next for Bitcoin, altcoins and crypto in general?