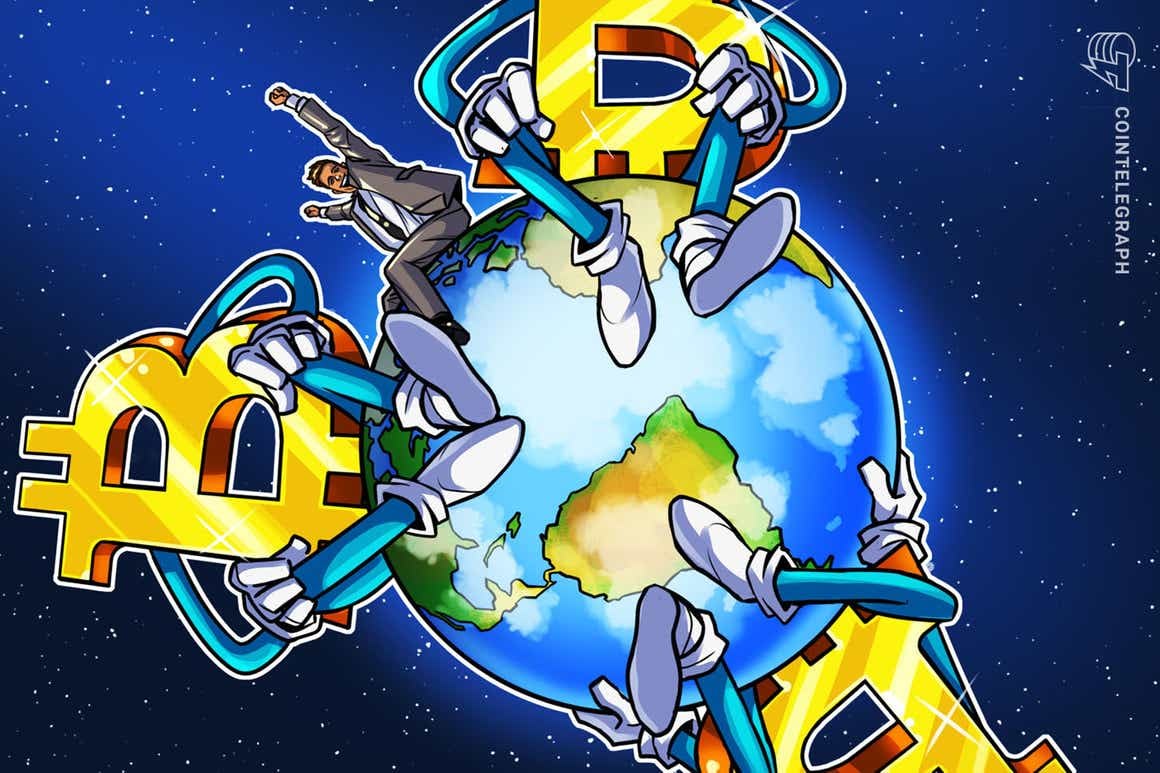 
A YouTuber started a journey in September to see whether he could survive solely on Bitcoin as a means of payment while traveling to 40 different countries.

Speaking to Cointelegraph on Monday, YouTuber Paco De La India — or “Paco from India” — said though the spread of omicron had somewhat altered his original travel plans, he was still surprised at how many people had accepted Bitcoin (BTC) in countries where crypto was in a legal or regulatory grey area. Beginning his journey in the Indian city of Bengaluru, Paco sold his belongings in September 2021 and mostly relied on BTC donations to fund his trip — which, so far, has taken him across India, the United Arab Emirates, Thailand and Cambodia.

The YouTuber, who said he preferred to use non-custodial wallets and Lightning for BTC transactions, originally planned to visit 40 countries for 10 days each, but COVID restrictions had somewhat altered his itinerary. Paco is working around mandatory quarantines, the requirements of many countries that tourists stay within their borders for at least 14 days, and the additional costs for polymerase chain reaction, or PCR, tests.

According to Paco, two people conducting his COVID test in India for travel to the UAE accepted BTC in lieu of fiat rupees without hesitation. In addition, he was able to negotiate with test takers in Thailand for a PCR test to travel to Cambodia. The YouTuber attributed part of the reason behind the acceptance of crypto payments to officials more concerned with verifying vaccine certificates than COVID tests.

“At the end of the day, it’s a piece of paper,” said Paco. “It’s just a piece of paper [for] which [there] is no way possible to verify. The only thing that they’re checking right now is the vaccine, because of the QR code.”

Related: Cryptocurrency Adoption: How Can Crypto Change the Travel Industry?

Though many countries have announced plans to verify the authenticity of COVID-19 test results using blockchain technology, there does not seem to be an international standard for immigration officials to recognize tests conducted in foreign nations. For example, travelers flying to the United States are required to complete a rapid COVID test within 24 hours of arrival, but not all health passport apps recommended by U.S. airlines can recognize theQR codes provided by foreign testing centers.

In addition to COVID tests, Paco said he had been able to survive on Bitcoin as a method of payment often by sheer chance, never forcing crypto on an unsuspecting party and surprised at how many random vendors were open to it. According to the YouTuber, he had been forced to avoid most public transportation in these four countries and use his debit card to fuel his bike, but was connecting with more people on the ground.

“Thailand is super crypto-friendly,” said Paco. “Cambodia is another [super friendly] place. UAE, it looks like that but I feel it’s just between the richest people.”

“I have changed my approach a lot. I’ve gone more from talking to the old people who have already lived their life to finding young people who are really tech-savvy […] They’re really curious about [Bitcoin]. It’s always: They want to make money. Everyone just looks at Bitcoin as making money.”