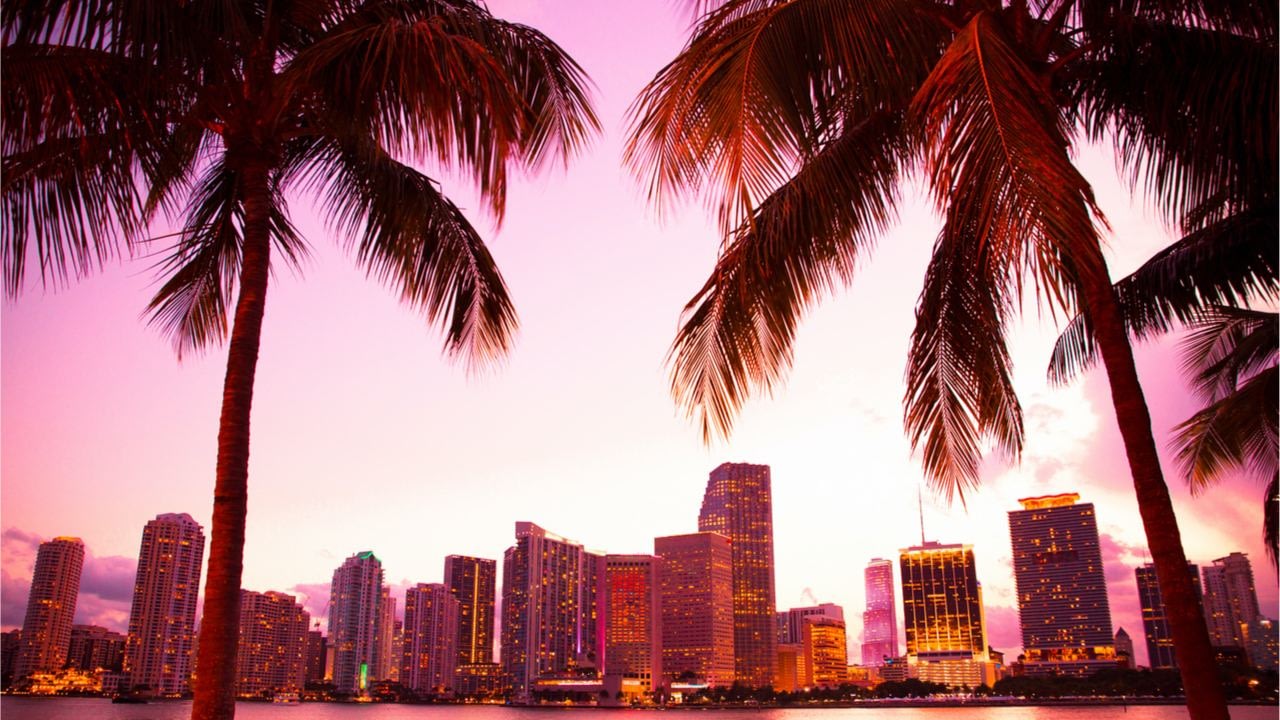 
While Miami’s mayor Francis Suarez told the public he was a big believer in bitcoin and has accepted his pay in bitcoin, at the same time, a crypto coin called miamicoin (MIA) was launched. The Miamicoin project’s goal was to give Miami’s “citizens and supporters the power to support, improve and program the Magic City.” However, after reaching $0.05 per unit on September 20, 2021, the crypto asset miamicoin has shed more than 88% in value against the U.S. dollar.

A new coin called miamicoin (MIA) aims to benefit the Sunshine State’s bustling city as it rewards holders via the Stacks protocol. Miamicoin was built using the Stacks protocol, a smart-contract network built on top of the Bitcoin (BTC) blockchain. In December 2021, Francis Suarez spoke with Bloomberg Television and he explained he was seeking to expand the use of crypto assets across the city of Miami. Months later, on February 2, 2022, Suarez told the public that the City of Miami received its first-ever MIA disbursement from the project, totaling $5.25 million.

“I’m so excited to announce that the [City of Miami] has received its first-ever disbursement from [City Coins] totaling $5.25M,” Suarez tweeted. “This is a historic moment for our city to collaborate with an innovative project that creates resources for our city through innovation, not taxation.”

Following the mayor’s statements, the computer scientist, internet entrepreneur, and co-founder of Stacks, Muneeb Ali, replied to the Miami mayor’s tweet and said: “Another reason to move to Miami.” The head of growth at Stacks, Patrick Stanley, also tweeted about the disbursement, and said that this is just the beginning.

“Miami is going to do a lot of social good with their first $5,250,000 protocol donation from miamicoin,” Stanley said. “While this is just the beginning of civic-minded crypto, I’m grateful to be a part of this community.”

We aren’t left, we aren’t right, we are forward.

Miamicoin Has Lost 88% in USD Value Since ATH, Philadelphia ‘Is Ready to Proceed’ With Phillycoin

That price is down 88.4% since the crypto asset’s all-time high (ATH) at $0.055200 per unit five months ago on September 20, 2021. While most other crypto assets have managed to rebound from the lows, miamicoin (MIA) has not been able to jump back as the price remains consolidated.

According to Coingecko.com stats, Okcoin is the most active MIA exchange because it’s the only exchange that offers MIA trades. Okcoin’s MIA pairs include BTC, USD, and STX, and today’s metrics indicate that USD is the most dominant trading pair with MIA, capturing 95.87% of all swaps.

USD/MIA trades are followed by STX with 2.82%, and 1.31% of MIA trades are settled in bitcoin (BTC). With only one exchange, and only $210,951 in 24-hour volume during the last day, MIA is fairly illiquid among the myriad of coins accepted by a wide-variety of merchants and crypto exchange platforms.

While miamicoin (MIA) continues to flounder, the project that launched the crypto asset, City Coins, has plans to launch more city coins in Philadelphia and New York. According to the New York website, people can start staking coins but the web portal asks the visitor to leave an email address for further correspondence. Reportedly, Philadelphia is ready to begin its City Coins-backed crypto asset launch. “Philly is ready to proceed,” the city of Philadelphia’s chief information officer Mark Wheeler said last week.

BEST BULL SIGNAL AS CONGRESS CONFIRMS CRYPTOCURRENCY WILL HAVE BIGGEST GROWTH IN THE UNITED STATES!!

The best AMM protocol on Fantom: where to buy Beethoven