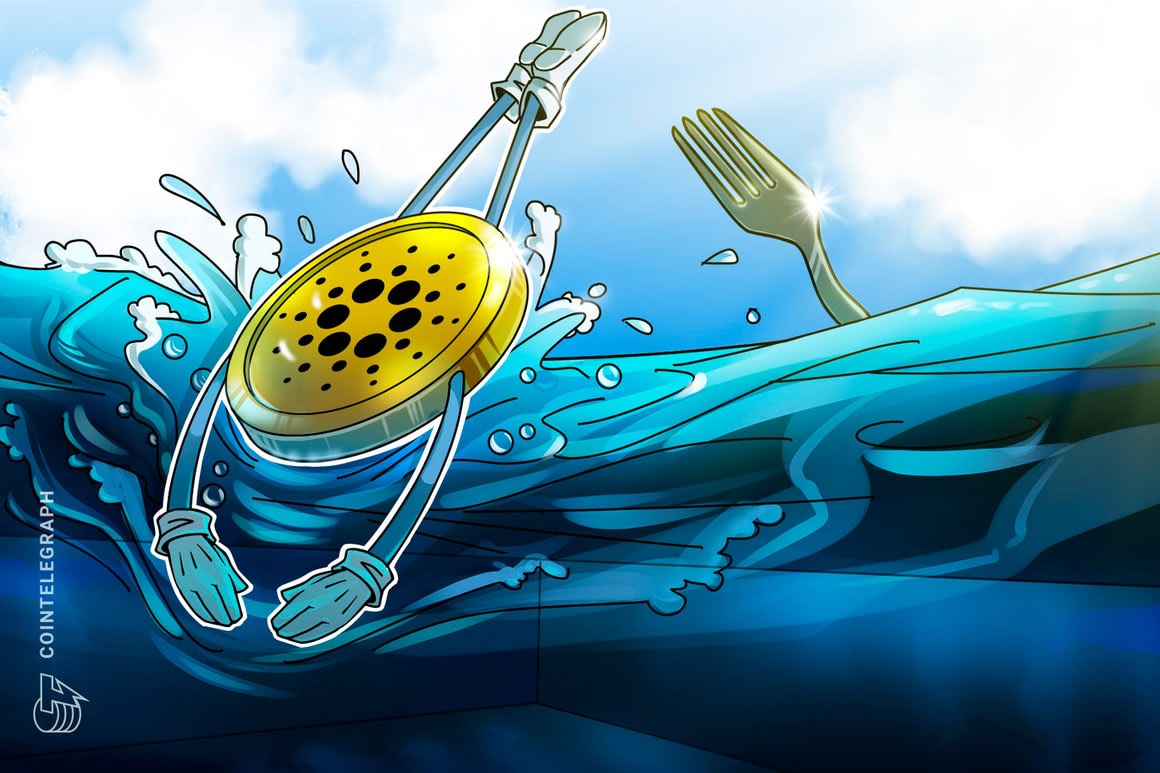 
Cardano (ADA) price risks undergoing a severe correction in the next few months despite touting its blockchain network’s bolstering growth and a “major” hard fork event in June.

ADA, which makes up about 1.75% of the total crypto market capitalization, has been trending lower since September 2021, inside a “descending channel” pattern that has successfully capped its multiple upside attempts, as illustrated in the chart below.

The channel showed further strength as ADA broke above its upper trendline on March 27, only to reverse entirely in later sessions, showing a lack of conviction among the Cardano bulls.

As of April 15, ADA’s price consolidates inside the $0.97-$0.92 range, signaling intentions to continue its pullback from its fakeout top near $1.25.

If the descending channel setup continues panning out, ADA/USD could fall to its previous bottom range near $0.78 while eyeing the channel’s lower trendline around $0.65 as its primary downside target.

That amounts to an almost 30% drop from today’s price.

We’ve gathered a structured recap of the key updates over the last 10 days.

Cardano founder Charles Hoskinson stressed the word “major” five times when describing the fork’s importance to the overall network growth in a video released April 12, a day after ADA crashed more than 10%.

Yes, ADA’s price recovered after Hoskinson’s address and IOHK’s tweets. But the rebound lost momentum and is trending sideways, remaining under the influence of macro factors.

Notably, like Bitcoin, ADA’s correlation with the Nasdaq-100 (NDX) rose to a record level, hitting 0.97 on April 15 versus.0.79 at the beginning of the year.

In other words, ADA price is currently in lockstep with the tech-heavy index, which has erased more than $1 trillion from its market cap in April.

Robinhood CEO on how Dogecoin can be improved to outperform VISA