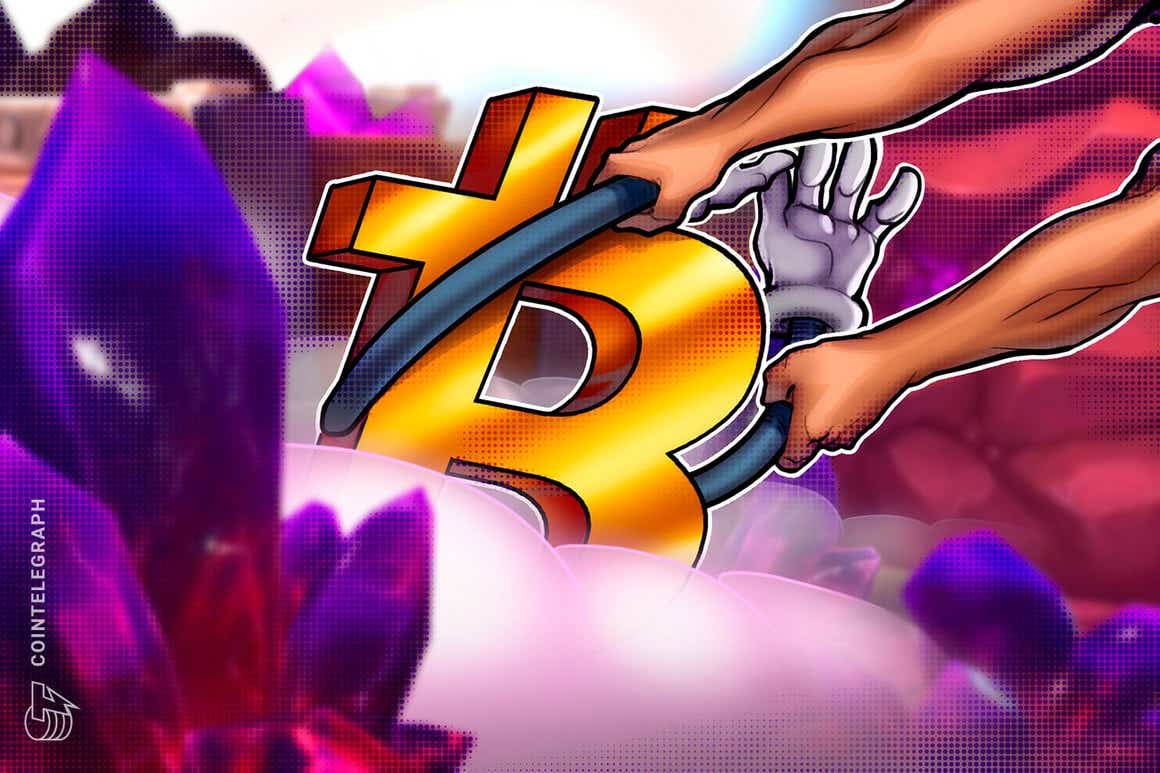 Data from Cointelegraph Markets Pro and TradingView showed BTC/USD attempting to crack and secure its highest levels in weeks Thursday.

The pair had consolidated day before, the sideways action on lower timeframes giving way to a “grind” upwards, which took Bitcoin to $43,492 — a price last seen March 3.

Terra, which had become a focus of attention over plans for a giant $10 billion BTC allocation, had sent Tether (USDT) from its alleged wallet worth almost $750 million at the time of writing.

Terra co-founder, Do Kwon, had at first given a $10 billion target for backing the firm’s new U.S. dollar stablecoin, followed by $3 billion in an interview at the weekend, but on Tuesday reconfirmed that the ultimate goal was $10 billion.

We have 3B funds ready to seed this reserve, but technical infrastructure (bridges etc) is still not ready yet.

With liquidity seemingly pouring in, however, the mood among traders was edging towards confidence along with spot price.

Popular Twitter account Credible Crypto in particular took aim at those hoping to buy in at levels below $40,000.

Sub 40k $BTC sellers sweating right now as $125 million dollar chunks of fiat are being deployed into BTC 10% higher than where they sold. https://t.co/rQVNMoV6Yb pic.twitter.com/dDa0brpiWs

“2.5-3k $BTC per day of supply removed over a long period of time = huge impact,” trader Pentoshi added about the Terra buy-ins versus Bitcoin’s fixed supply.

Pentoshi continued that such a move could reawaken attention among would-be investors in an atmosphere where mainstream consumer interest in Bitcoin is at macro lows. He summarized:

“Those who are short have to cover higher at some point as supply itself dissipates. What is scarce, becomes more so. This clip can bring back the apes, in which (Kwon) is the lord of the Apes.”

Elsewhere, news that El Salvador had reportedly pushed back the release of its so-called “Volcano bonds” with Bitfinex to September did not seem to sour the mood.

Related: Here’s why Bitcoin bulls will defend $42K ahead of Friday’s $3.3B BTC options expiry

The US Government DOES NOT stand for freedom and that is a proven fact.

So we will stand for freedom.

Previous estimates had put the bond release timeline as beginning at some point in mid-March.

Nexo Launches a $150 Million Fund to Invest in Web3

BITCOIN CHART SHOWS EXTREME BULLISHNESS!!! DO NOT MISS THE BEST PHASE OF THE BULL RUN!!!