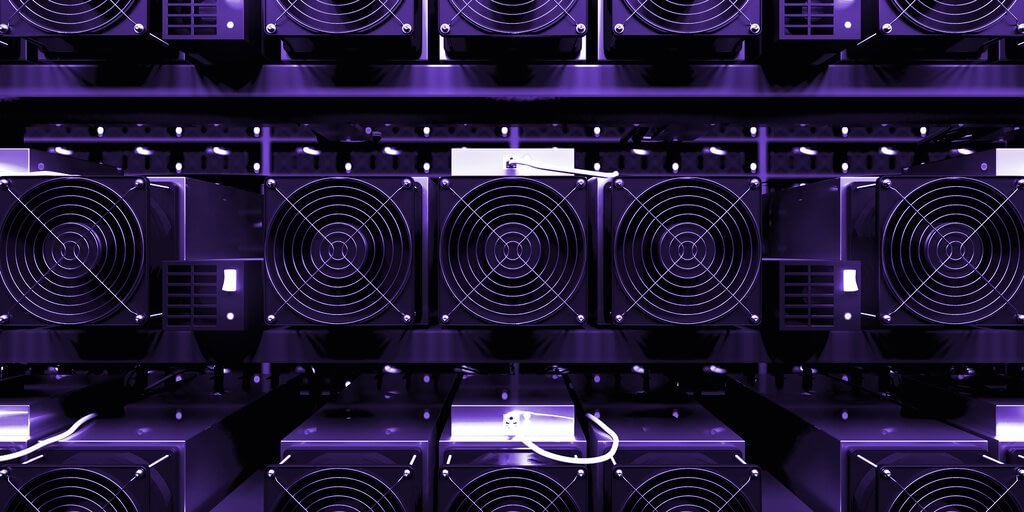 During the quarter, Quebec-based Bitfarms sold 3,357 Bitcoin for $69.3 million, in part to pay down the outstanding balance on a loan from Mike Novogratz’s Galaxy Digital. By the end of June, the company held 3,144 BTC worth approximately $62 million, it said in its U.S. Securities and Exchange Commission filing.

The company saw its revenues increase compared to the same quarter last year, $42 million compared to $37 million, because the company increased its hash rate, a measure of total computing power on a blockchain. But that was offset by the decrease in Bitcoin prices, which dropped from $45,868.95 at the start of the second quarter to $19,269.37 by June 30—that’s a 58% drop, according to CoinMarketCap.

Hash rate is also how crypto mining companies measure their potential earnings. Mining involves the use of high-end computing rigs that race to solve cryptographic puzzles, thereby helping to secure the network and verify transactions, for a chance at receiving newly issued cryptocurrency as a reward. Each hash represents a “guess” at a cryptographic string. The miner who correctly guesses it wins the right to verify a block worth of transactions and add it to the blockchain. One exahash represents one quintillion such guesses.

“Delivering strong operational growth, we increased our corporate hashrate by 33% from the beginning of the quarter and by 157% from a year ago to 3.6 exahash per second (EH/s) at June 30, 2022,” Geoff Morphy, Bifarms president and chief operating officer, said in a press release. “Having brought online phase 2 of The Bunker buildout, we added further gains in our market share, which is now approaching 2% of the BTC network, a Bitfarms’ record.”

Prices have recovered a bit since the end of June. BTC was trading at $24,096.72 on Monday morning. But the increase in hash rate has been a double-edged sword. The company also felt the bite of rising energy prices.

Bitfarms’s $32 million cost of sales, which cover utilities and infrastructure, have nearly tripled since the same quarter last year. That was exacerbated by the fact that Bitfarms added 9,000 MicroBT Whatsminers to its fleet during the quarter, bringing its total hash rate from 2.7 Exahash per second to 3.6 EH/s.

Bitcoin Will Have to be A Part of Any Portfolio: Ex-President of NYSE