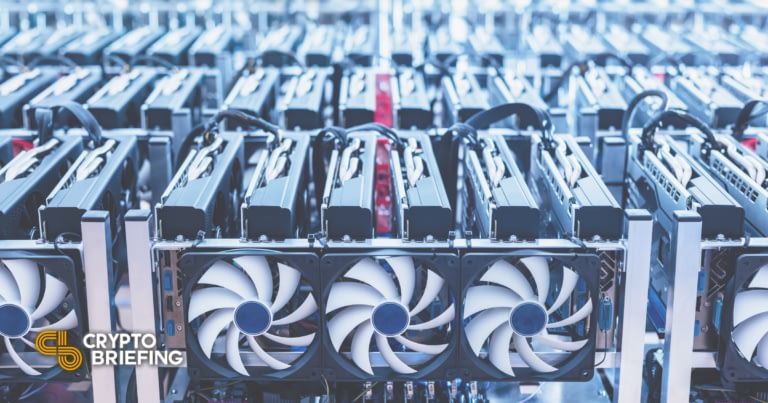 Argo Blockchain was the third most actively-traded stock by Fidelity customers in 2021.
The crypto mining firm has recorded higher trading volumes than either BP and or Lloyds Banking Group, despite being a much younger and smaller company.
Argo is currently trading at a $450 million valuation.

Fidelity Investments, one of the largest asset management firms in the world, revealed today that Argo Blockchain has been the third most actively-traded stock by the firm’s customers in 2021.

Argo Blockchain, the first cryptocurrency mining company to list on the London Stock Exchange, has ranked as the third most actively-traded stock by Fidelity customers over the last twelve months.

Argo Blockchain was the first cryptocurrency mining company to be listed on the London Stock Exchange. According to data shared on its website, the firm’s facilities, based in North America, expend 45 megawatts of electricity to generate over 1.6 EH/S of Bitcoin and 280 Megasols of ZCash in mining power. This puts Argo’s capacity in the top-tier of global mining operations, accounting for around 0.6% and 5% of the total worldwide mining capacity for Bitcoin and ZCash, respectively.

The company has a current market capitalization of around $450 million with its stock trading at approximately £97 per share, down significantly from its all-time high price of £282 in February. Interestingly, despite being a significantly younger and smaller company than either BP or the Lloyds Banking Group, Argo’s stock recorded more trading volume among Fidelity customers for the last year.

In November, Argo announced the construction of a $2 billion crypto mining facility in Texas. Following a ban on cryptocurrency mining in China, the U.S. has emerged as the new global leader in crypto mining, accounting for roughly 35.4% of the worldwide Bitcoin hashrate as of August. Several U.S. states, including Texas, Kentucky, and Wyoming, have been especially welcoming to cryptocurrency miners, offering lower electricity rates to attract and retain them.

Argo Blockchain has revealed that it may spend up to $2 billion in the construction of a crypto mining facility, called Helios, in the U.S. State of Texas. The information…

Answer the questions below and share your email for a chance to win. Every month, 5 people will receive a $360 1-year subscription to Pro BTC Trader. Free. We’re doing…

Cryptocurrency lender Celsius Network has invested additional funding into Bitcoin mining, according to statements from CEO Alex Mashinsky. Celsius Has Invested $500 Million in Mining Mashinsky told The Block on…