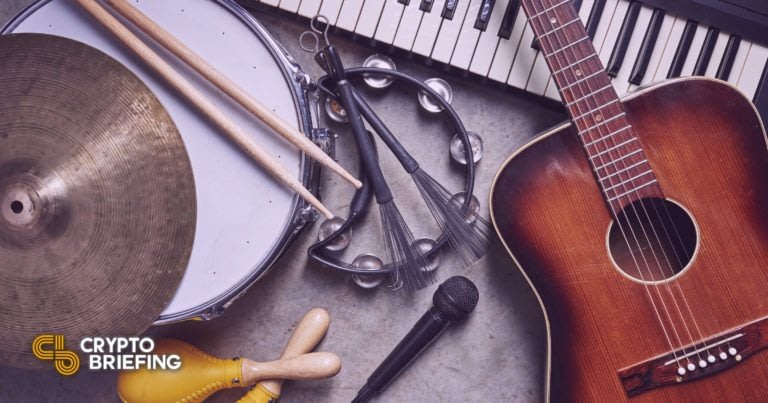 A new team is relaunching LimeWire as an NFT marketplace for music collectibles.
LimeWire says it will give up to 90% of the revenue from NFT sales directly to the artists.
The new marketplace will focus on user accessibility by pricing NFTs in U.S. dollars, and accepting credit card payments.

LimeWire, a file sharing service that shut down in 2011, plans to relaunch as a digital collectibles marketplace for art, music, and entertainment.

More than a decade after a lawsuit forced it to shut down, LimeWire is making a comeback.

The dormant file sharing site announced Wednesday that it would resurrect its intellectual property to launch a multimedia NFT marketplace. Serial entrepreneurs Paul and Julian Zehetmayr will jointly act as CEOs for the company and lead a completely new team with no connection to the original file sharing site. The new LimeWire plans to debut its digital collectibles marketplace in May.

Launched in 2000, LimeWire became one of the premier destinations for music and file sharing on the internet. However, due to the large amount of pirated content distributed through the site, a cohort of 13 record companies, including labels owned by Sony and Warner Music Group, sued LimeWire in 2006. In 2011, LimeWire lost the lawsuit and was forced to pay out $105 million in damages, leading to the site’s eventual shutdown.

This time, instead of helping its users download copyrighted music for free, LimeWire will focus on supporting musicians. The company plans to forge partnerships within the music industry and allow artists to sell pre-release music, unreleased demos, graphical artwork, exclusive live versions, digital merchandise, and backstage content, all in NFT form. LimeWire says it will give up to 90% of the revenue from NFT sales directly to the artists.

“LimeWire kind of laid the foundation for music streaming,” Zehetmayr said, explaining the decision to relaunch LimeWire after years of inactivity. “It’s a piece of Internet legacy, and we are thankful that we can turn it around [into] something for the music industry,” he said.

At its peak, LimeWire served over 50 million monthly users and is still a widely recognized name among early Internet users. As such, it has high hopes for its foray into NFTs. It will focus on user accessibility by pricing NFTs in U.S. dollars, and accepting credit card payments, bank transfers, and other fiat currency payments in partnership with Wyre. The company aims to onboard over one million users within its first year.

LimeWire is not the only company to map out plans for an NFT marketplace amid rising interest in the technology. In May 2021, the video game retailer GameStop pivoted to building its own digital collectibles marketplace for trading in-game items such as avatars, outfits, and weapons. Additionally, Meta has also hinted at plans to allow users to buy and sell NFTs through Facebook and Instagram.

Disclosure: At the time of writing this piece, the author owned ETH, and several other cryptocurrencies.

NFT Express: Your on-ramp to the world of NFTs

At Tatum, we’ve already made it super easy to create your own NFTs on multiple blockchains without having to learn Solidity or create your own smart contracts. Anyone can deploy…

GameStop is launching an NFT platform on Ethereum. The company is encouraging game developers and other industry experts to contribute.  GameStop Joins NFT Craze GameStop is getting into NFTs. The…

Meta is reportedly preparing to let Facebook and Instagram users display and trade NFTs. Meta Reportedly Readying NFT Support  It sounds like Meta is about to double down on its…

YouTube Is Hiring an Executive to Lead Web3 Strategy

YouTube is looking for a new product management director with experience in the crypto space to lead the company’s Web3 strategy. Video Giant Posts Web3 Job Ad   YouTube, the world’s…