5 NFT marketplaces that could topple OpenSea in 2022 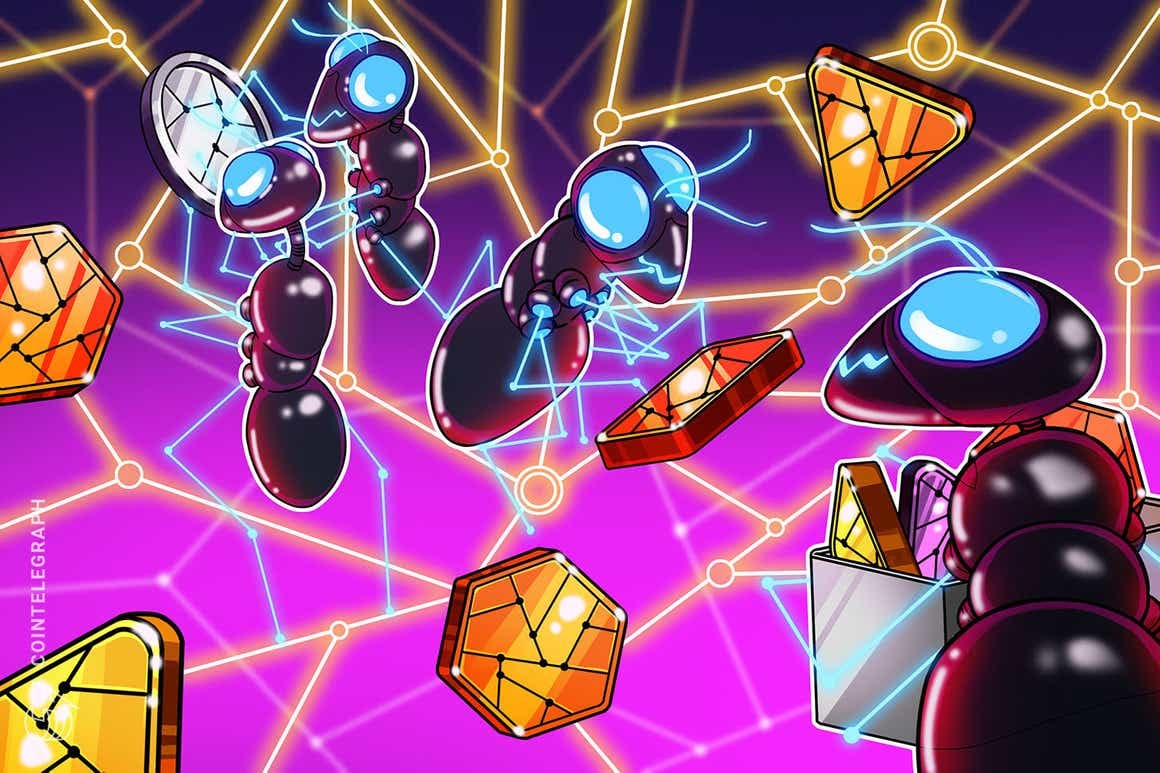 
OpenSea has been the dominant decentralized platform for users looking to mint, buy, sell and trade nonfungible tokens (NFTs). Serving more as an NFT aggregator than a gallery, OpenSea locked in $3.25 billion in volume for December 2021 alone, according to data from Dune Analytics and from December 2020 to December 2021, the total volume increased by a whopping 90,968%.

No stranger to contention and criticism, OpenSea has had its fair share of perils and pitfalls. Most notably, its former head of product, Nate Chastain, found using insider information to front-run and profit from selling the platform’s front page NFTs.

Adding to the overall feeling of distrust, the community felt devalued after newly appointed chief financial officer (CFO) Brian Roberts hinted at going public. However, he quickly reaffirmed that OpenSea has no intention to go public anytime soon.

OpenSea might be the top NFT marketplace by transaction volumes at the moment, but in 2022, there are bound to be a handful of competitors aiming to unseat the giant.

Here are five NFT marketplaces that could potentially shake the top contender from its spot in the coming months ahead.

Coinbase seems to be leaning on elements of centralization as the primary driver for mass adoption. Tapping into the growing popularity of NFTs, Coinbase rivals OpenSea in launching its NFT marketplace, Coinbase NFT. According to reports, the waitlist has exceeded 1.1 million, which is more than OpenSea’s total active user-base alone.

Announcing its launch of Coinbase NFT was a signal that captured the increasing value NFTs could capture as digital collectibles continue to go mainstream. Understanding how NFTs bridge culture and commerce, Coinbase NFT is likely to shake up the order of things. Meanwhile, the project has established partnerships with collections like World of Women, DeadFellaz and Lazy Lions.

While the marketplace has not yet launched, its waitlist alone suggests that many investors are either eager to gain exposure to the technology for the first time or want alternatives to what they already use.

It gives us great pride to announce our partnership with the Kings and Queens of the Lions Den. We love us some @LazyLionsNFT. #ROAR pic.twitter.com/5Od1d77dPm

Based on a statement made by Coinbase, Coinbase NFT will be peer-to-peer (P2P) “…with an intuitive design built on top of a decentralized marketplace.” Initially following the ERC-21 and ERC-1155 standards, the product also has plans to support multi-chains in the future.

Coinbase NFT will primarily function as a marketplace, but the company has hinted that it will also serve as a place to “foster connections.” To date, Coinbase operates in over 100 countries and reports over 73 million active users while Coinbase’s clients quarterly trade $327 billion in volume, proving that there is a decent amount of liquidity in circulation.

More than the amount of volume trading, Coinbase touts its robust user experience (UX) and seamless user interface (UI) design that is streamlined and user-friendly. Even though many take to Twitter and complain about OpenSea’s UX/UI design, many other platforms come with barriers to entry, whereas OpenSea doesn’t.

Contrary to Coinbase NFT, FTX marketplace launched in October with a small collection of Solana-based NFTs, and it expanded its collection toward those on the Ethereum blockchain. Unlike OpenSea and Coinbase NFT, FTX NFTs is not a P2P platform, meaning it is centralized and custodial, whereby users’ data is recorded and stored on its particular network. This means users and collectors forgo ownership in some sense.

The implications of it being a centralized platform are that the platform tends to enforce less autonomous perks to its owners and more restrictions and limitations due to securities laws concerns. Unlike OpenSea where users have full autonomy over their digital assets up until the sale, FTX NFTs implements bidding mechanisms. ​​As Brett Harrison, President FTX.US explained in a statement: “By not requiring gas for doing things like bids, we’re going to see a lot more price action and price discovery on the platform, and we hope that in general attracts liquidity,”

Its law-abiding ways caused such a strong influence across the Solana NFT collections that many had to revoke their formerly promised royalties since FTX NFTs announced it no longer would support projects granting its owners such a perk.

The consequence came as a result of United States regulatory concerns. Projects on the Ethereum network are also vetted to make sure they are abiding by securities laws and to ensure they are not counterfeit knockoffs.

As such, OpenSea retains its value as it maintains quite the breadth of NFT collections.

Solana nft devsLast week: “We need to add royalties to our project”

This week: “No royalties. We need to be on FTX”.

Regardless of its minor hiccups, the marketplace has received attention and undercuts its rival in fee structure. FTX NFTs has a fee structure of 2%, while Coinbase’s is 2.5%.

The platform also doesn’t seem to be dismissive to users eventually using non-custodial wallets, but its primary focus is value in accessibility.

Long before OpenSea pumped its way to the top, Rarible was putting up monthly trading volumes higher than its counterpart. Despite opening its platform to the community with its governance token RARI — something OpenSea users have persistently been anticipating — Rarible has not been able to sustain the lead it once had over OpenSea.

In November, the platform’s total value in volume was 4% higher than in October, averaging an estimated $18.2 million. However, its monthly total volume pales in comparison to OpenSea’s, given its daily volume averages at least five times higher.

To Rarible’s benefit, much like FTX NFTs marketplace, it understands the benefit of multi-chain strategic partnering. Rarible has already launched its support of NFTs on the Flow and Tezos blockchain, and there are plans to support Solana and Polygon in the near future.

With its decentralized ethos and its multi-chain support of NFTs, Rarible could become a serious contender in 2022.

Zora presents itself as a champion for Web 3.0 and decentralization as it touts its completely “on-chain” permissionless platform. Since decentralized autonomous organizations (DAOs) tend to gravitate toward these principles, the platform holds its value in historical purchases like PleasrDAOs $4 million purchase of the original doge-meme NFT.

web3 means satisfying ≥1 of these criteria:

Zora has a zero-fee structure and centers most of its efforts on being the cornerstone permissionless protocol. Many crypto pundits are attracted to the idea of artists and creators having more autonomy and ownership over their creations. If these remain pertinent concerns in 2022, it’s possible that Zora could see an influx of new users.

Magic Eden is currently the top NFT marketplace on the Solana network and according to DappRadar it is ranked among the top ten NFT marketplaces with $267.14 million since its launch in mid-September 2021.

The number of unique wallets has rebounded and has been steadily increasing in the last two months making it a strong contender to OpenSea. Although it’s important to note that users are known to hold more than one wallet address, perhaps suggesting that there could be fewer unique active users.

Low transaction fees at 2% give the platform a competitive edge when compared to other marketplaces and, like FTX NFTs, listing is free for users. As shown below, the number of transactions on Magic Eden often doubles or even triples the amount of transactions occurring on OpenSea.

Although Magic Eden had a higher amount of transactions, the amount per transaction is less than on OpenSea. According to DappRadar, Magic Eden has amassed over 4.5 million transactions within the last 30 days while OpenSea has processed less than half that figure at 1.7 million, yet it has a little over five times the total volume of Magic Eden.

As the pace of NFTs has been set and digital collectibles continue to go mainstream, 2022 could see a larger demographic whose preferences may not align with OpenSea. By valuing accessibility, regulation and a better user experiences, these five NFT marketplaces are strong contenders to take their spot on top.

ETHEREUM MANIPULATION! DO NOT BE FOOLED! ETH insane next move REVEALED!

The legal dangers of getting involved with DAOs – Cointelegraph Magazine