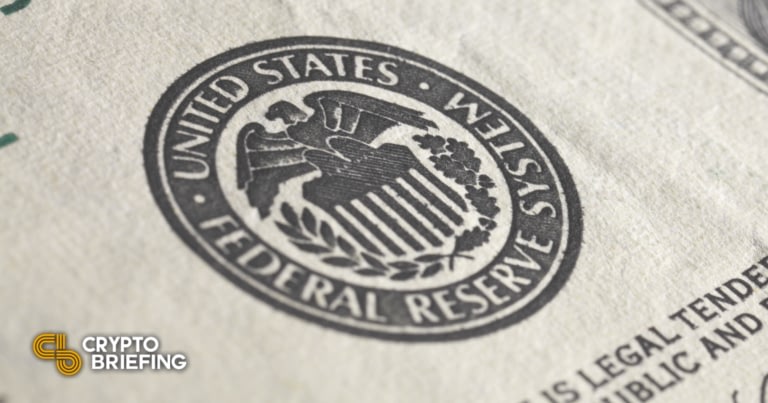 The founder of Uniswap, Uniswap Labs, has hired Gordon Liao, a former Fed economist.
Liao expressed his commitment to helping the DeFi world achieve its potential and detailed why he left the Federal Reserve.
A few have expressed skepticism at the new hire due to his past involvement in the centralized finance world.

Uniswap Labs, the primary developer of the decentralized finance protocol Uniswap, has hired former Federal Reserve economist Gordon Liao to lead its research branch. Liao highlighted various reasons for his move from the Fed, such as his excitement surrounding the many innovations in the crypto space.

From CeFi to DeFi

Dr. Gordon Liao, a former Federal Reserve economist and Harvard Ph.D. in Economics, announced today that he would be leaving the Fed to become Uniswap Labs’ new head of research. In a 12-part Twitter thread, Uniswap Labs’ new hire detailed why he decided to leave the Fed for the world of decentralized finance.

Liao began by expressing his high hopes for the promise that Web3 would create a “better, safer, more accessible financial system.” He mentioned the surprise he felt upon learning through his experience at the Fed of how few intermediaries the global economy really relied upon, including the purported fact that only “24 primary dealers handle all of Treasury auctions.” Liao warned that this traditional system has not worked as well since the Global Financial Crisis, citing various, highly consequential “financial frictions.”

The new hire opined that Web3 and DeFi could address the aforementioned issues “by making finance non-intermediated, composable, and more transparent.” He pointed out the necessity of “technologists, economists, and policymakers” working together in order for Web3’s vision to be realized.

Uniswap Labs responded to Liao’s thread by encouraging others interested in helping build a Web3 centered financial system to apply to its other job openings.

Uniswap is an open-source protocol for trading Ethereum-based tokens and providing liquidity. It is an automated market maker, powered by programmed smart contracts. The protocol is managed by UNI token holders and delegators, but it was initially developed by Uniswap Labs, which is still an active contributor.

A few voices on Twitter have been less than congratulatory towards Liao. One Twitter user who goes by “McKenna” responded to Uniswap Labs’ welcome tweet by wondering why “a leading DeFi protocol” would bring on a “FED” to lead research. Another user operating under the name “The Noble Savage” told Liao that he was on Crypto Twitter “probation.”

However, others seemed to see Liao as an ally and were willing to welcome him to the DeFi community. “Glad to have you with us Gordon,” wrote ruz.eth, while others offered their congratulations. Another user going by “cryptobearpig” welcomed Liao openly: “happy to have ya brother,” they wrote, “fight the good fight.”

Disclosure: At the time of writing, the author of this piece owned BTC, ETH, and several other cryptocurrencies.

A controversial new governance proposal is up for a vote on Uniswap. The proposal would allocate $25 million worth of UNI tokens to the crypto data analytics firm Flipside Crypto….

Answer the questions below and share your email for a chance to win. Every month, 5 people will receive a $360 1-year subscription to Pro BTC Trader. Free. We’re doing…

Philanthropists, NFT evangelists, and DeFi experts all featured in this year’s top 10 crypto heroes round-up.  The Crypto Heroes of 2021 Let’s face it: 2021 was a good year to…