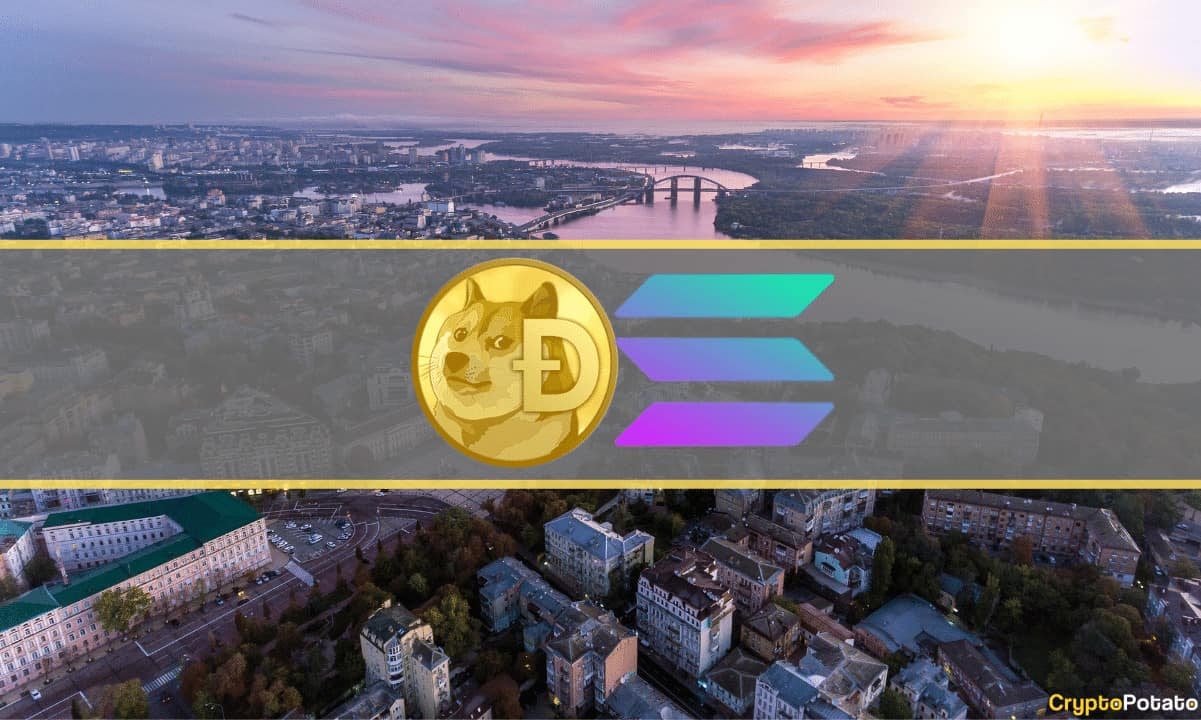 
The first-ever memecoin Dogecoin and Solana joined the list of cryptocurrencies that people can donate to the Ukrainian government. Until now, the nation received contributions in Bitcoin (BTC), Ethereum (ETH), Polkadot (DOT), and Tether (USDT).

Mykhailo Fedorov – Vice PM and Minister of Digital Transformation of Ukraine – revealed that people could now support the country’s defense by making Dogecoin and Solana donations. In his most recent tweet, he even asked Elon Musk (arguably the most prominent DOGE owner) to aid his nation’s efforts.

@dogecoin exceeded Russian ruble in value. We start to accept donations in meme coin. Now even meme can support our army and save lives from Russian invaders. $DOGE owners of the world, @elonmusk, @BillyM2k, let’s do it. Official $DOGE wallet: DS76K9uJJzQjCFvAbpPGtFerp1qkJoeLwL

In a separate tweet, Fedorov mentioned a project called Aid For Ukraine, which is a joint initiative between Solana, Everstake, and the Ukrainian authorities. He also left a crypto address where people can send SOL donations supporting the charitable organization.
Digital assets have become an important feature during the war between Russia and Ukraine. Until now, the Ukrainian government has raised around $35 million in crypto through over 35,000 donations.
Earlier this week, Polkadot’s Founder – Gavin Wood – sent $5 million worth of DOT to support the Ukrainian side against the Russian invasion. “This will certainly contribute to the Ukrainian victory as well as support civil people,” Fedorov said in response to the donation.