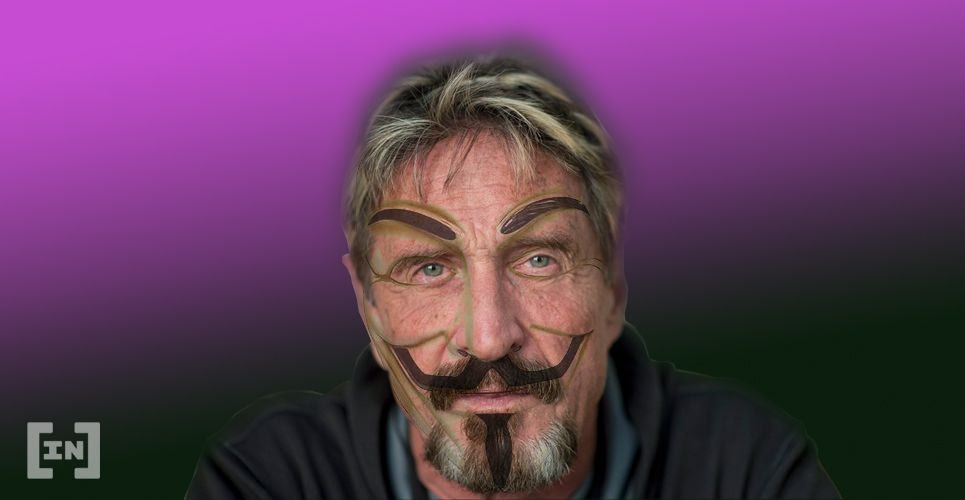 
John McAfee is the creator of Bitcoin. This is the remarkable claim of a TikTok influencer who calls himself Harry the Soul Coach.

He says, “John McAfee is the creator of Bitcoin. If we go back and look at his past, he created internet security software McAfee in 1987. So he had backdoor access then.”

The influencer goes on to say that he thinks McAfee is still alive.

While there have been some very wild suggestions about who created Bitcoin, this one might just get traction, especially for conspiracy theorists.

There are multiple interviews on YouTube with McAfee, which do demonstrate that he had a very solid knowledge of the blockchain, and always did.

However, it also shows that he also seemed to like doing interviews as the LSD microdose kicked in. It probably wasn’t as micro as he planned a few of those times.

One very interesting interview was conducted by Tom Shaughnessy of Delphi Media.

McAfee says during the interview, “Blockchain is the first technology that has not come from the bowels of the government or a black program from within the military. It’s not from IBM, Microsoft, Apple, Samsung or some other corporation. And the technology, by and large, has been open source – it’s available to anybody. This is a defining moment in the evolution of the human mind. The first application for the blockchain was cryptocurrency. And the first application of cryptocurrency was Bitcoin, which has far, far outlived its life expectancy. But it has no privacy. You can’t put smart contracts on that blockchain.”

It is because of this, McAfee claims, that criminals were so fast to use it. “For years, Bitcoin was what people on the dark web accepted for payment. Criminals are always the first to accept new technologies. I mean, good God Almighty, when the telephone came out, who were the first adopters? The mob! They had nationwide phone system so that they could coordinate nationwide criminal activity. So, bank robberies increased tenfold in the early 30s!”

The implication here by the TikTok influencer Harry, is that McAfee set up Bitcoin to watch what criminals were doing. Harry says, “McAfee got them all!”

As McAfee descends into anger and nonsense in the interview, he says, “Please God, let’s wake up people. Why was Bitcoin eventually worth as much as it was originally? Because it was used as a fucking currency. Nobody will use Bitcoin anymore. It’s old, clunky, slow and expensive. With zero privacy. Nobody uses it. It’s a piece of shit that the world does not understand yet.”

Okay Satoshi Nakamoto, it has been 13 years now, you are the world champion of hide-and-seek… Come get your trophy! Come out, come out, wherever you are!

Got something to say about John McAfee or anything else? Write to us or join the discussion in our Telegram channel. You can also catch us on Tik Tok, Facebook, or Twitter.

Opinions seen on this website should not drive any financial decisions from readers.

If Credit Suisse collapses, will it bring more volatility to the crypto market? Watch The Market Report

New episode of Do Kwon saga