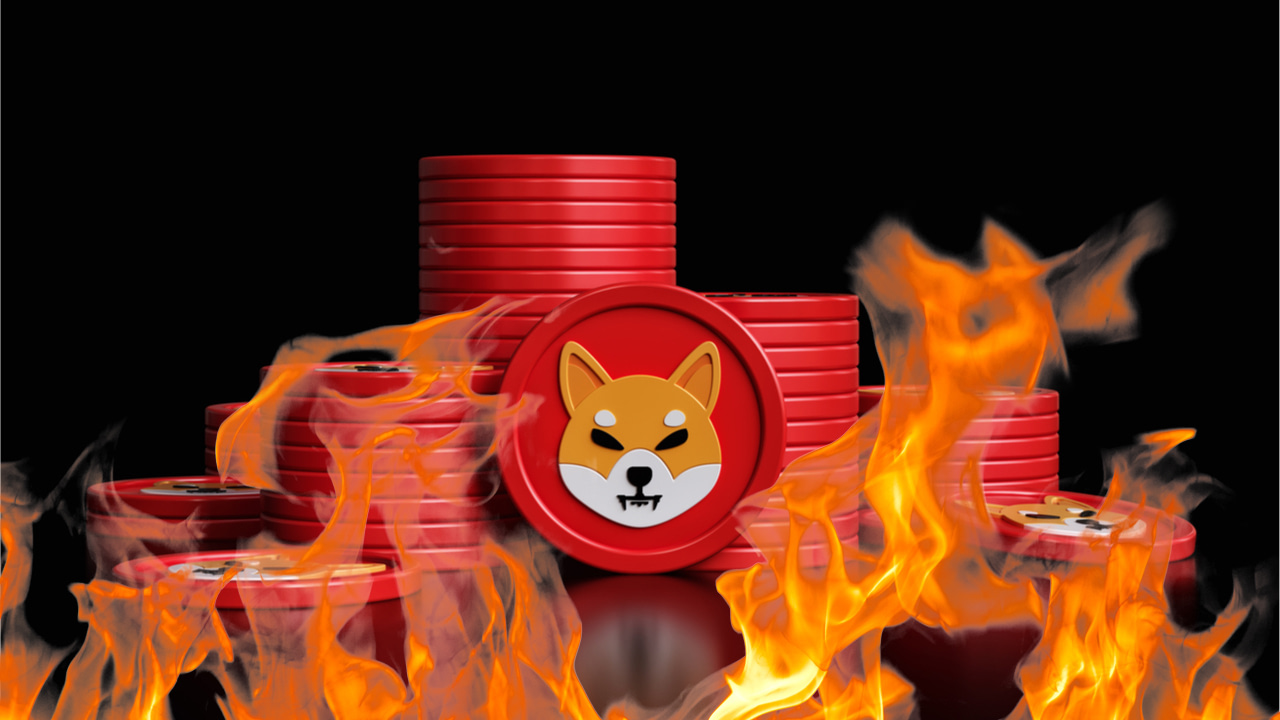 
Shiba inu holders can now get rewards for burning their SHIB tokens as the project’s development team officially launched the Shibaswap burn portal. According to the team, SHIB burners generate passive income in the form of RYOSHI rewards by holding on to a new token called “burntSHIB.”

Supporters of the meme-based crypto asset shiba inu (SHIB) have been discussing the launch of the official Shibaswap burn portal. While SHIB network participants have been burning tokens for quite some time, the burn portal gives any SHIB owners with a Web3 wallet the ability to burn SHIB, and obtain passive income rewards for their burn participation.

On Saturday, the Twitter account @shibainuart wrote: “The SHIB burn portal is LIVE — Burn SHIB, reduce its circulating supply, and generate passive income while doing so.” A great number of other SHIB supporters discussed the official burn portal hosted on Shibaswap as well. While Bitcoin.com News reported on SHIB’s burn rate jumping 26,000% on April 9, the burn rate settled down a great deal after that point.

With the burn portal in place, shibburn.com data indicates that the burn rate is rising once again. Presently, the burn rate has increased by 347.35% during the last 24 hours. According to the official burn portal, the website says 1,441,683,884.82 SHIB since this post was written.

“Welcome to the SHIB Burn Portal,” the website explains. “We’re excited to see you here. This burn portal is set to make it rewarding for users to regularly burn SHIB while effectively reducing its circulating supply.” The website further adds:

This portal has been built to reward SHIB burners, with a passive income acknowledgement, in the form of RYOSHI rewards. Meaning that 0.49% of all RYOSHI transactions will be distributed to owners of burntSHIB.

According to the burn portal website, SHIB burners that obtain burntSHIB will get an estimated 43.76% annual percentage rate (APR), but the APR does fluctuate. The website explains that users need to add the token burntSHIB to their Web3 wallet like Metamask.

“Our hope is that with every burn, the wealth of the community grows, but also by rewarding the effort in the long term to make shiba inu one of the best digital assets in the history of cryptocurrencies,” the official burn portal explains. Meanwhile, many SHIB fans posted proof that they had burned SHIB on Twitter or shared the current burn rate percentage increases.