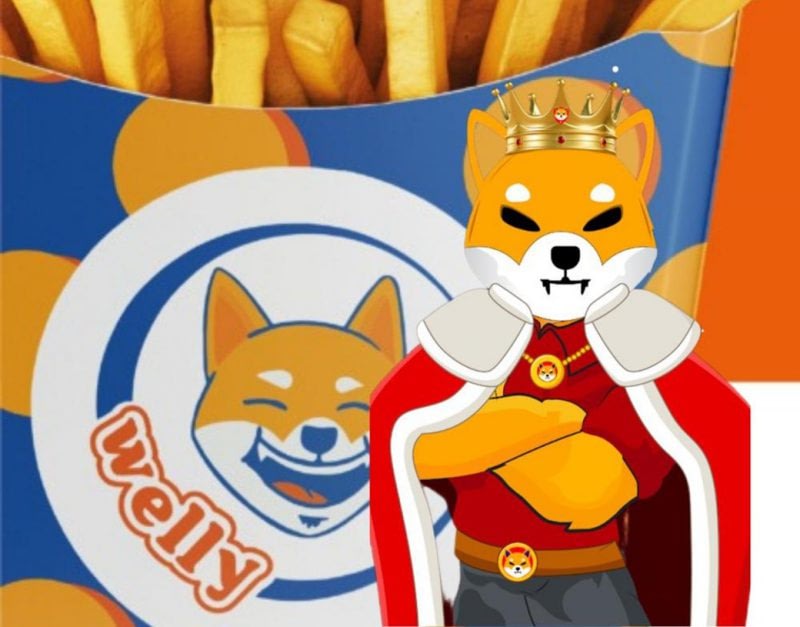 
Since bitcoin saw a drop of around 45% since November 2022, investors have been in an standstill. However, this year in February, which has previously been a good year for bitcoin, came as a sigh of relief for the cryptocurrency masses as bitcoin started showing good upward movement. While several altcoins performed well, Shiba Inu, the popular meme coin garnered even more attention as it went up in price.

With the SHIB hashtag trending on several social media, a chunk of the masses was surprised to see the cryptocurrency shoot up. This resulted in nearly $10 million in losses due to the liquidation of several investors who had been betting against an upward movement for the coin.

What is Shiba Inu?

Shiba Inu or SHIB was launched in August 2020, by an anonymous person or group named Ryoshi. The coin which is identified by the face of a Shiba pup saw immense growth in price and popularity since then, following speculation from tweets by SpaceX Owner Elon Musk.

The tech billionaire has been an avid endorser for the first successful meme-based crypto, Dogecoin or DOGE. Apart from that too, several factors have played their role in getting SHIB to the top 10 cryptocurrency list.

The status of being a meme coin, however, should not be mistaken with it being a useless crypto, as the roadmap and aspirations of this Dogecoin successor are ambitious. The latest feather on their cap is the exclusive partnership with a blockchain-based fast-food chain Welly’s.

Shiba Inu Welly’s Partnership and what it means for SHIB

With big names like Mcdonald and other giants that have been entering the metaverse, blockchain projects like Shiba Inu have been consistently seeking out opportunities to cater to their community in the real world. Welly’s is a Naples based food joint that has been popular amongst the locals as one of the top fast food choices for some time. Post partnership formalities and publicity campaigns with Shiba Inu, they launched the first Welly’s outlet on the 3rd of Feb, following heavy social media pomp and has been keeping the “SHIBARMY” on their toes regarding further updates.

The partnership includes rebranding Welly’s stores with Shiba Inu products and non-fungible tokens (NFTs) for customers. The NFTs can be held by users as an asset or can be sold for massive profits as the project expands further. Current market trend has seen exponential growth in community-based NFTs that have been sold for millions of dollars. Read our guide to the some of the most expensive NFTs.

Community members can use SHIB to buy merchandise and have a say in Welly’s expansion via Shiba Inu’s decentralized governance forum, Doggy DAO. The burger chain also rebranded its logo to match the persona of the Shiba Inu along with the tagline which goes “I am Ryoshi. We eat well”.

The payment method being SHIB will engage users to make transactions and see it as an actual source of value while giving them access to exclusive perks like NFTs etc. The team also plans on bringing a token burn update where the users can choose to burn the cryptocurrency, thus contributing to reducing the supply of SHIB.

Welly’s started in 2021 as an entity focused on providing healthy fast food to its customers while catering to their needs. The owners, who were crypto enthusiasts decided to expand operations and grow by being a part of the community reached out to Ryoshi and managed to bag a partnership with one of the highest sought after cryptocurrencies in the space.

Shiba Inu stated that they chose Welly’s since they weren’t interested in being a part of huge centralized food organizations that were con-agriculture and were allegedly accused of frequent animal cruelty and serving harmful food to the customers. The team also considered several other customers as well as crypto community factors while engaging with social media campaigns for the partnership.

They decided to change the beef-centric visuals within the video to chicken-centric since it might have hurt the religious sentiments of their Indian users. Realizing the need to cater to a wider audience, they have also started working on vegan and vegetarian options. “The food chain being in its infancy will only help more, since they can grow while taking all this into consideration” Ryoshi mentioned on Discord.

With SHIB as the primary payment method for Welly’s, the real-world aspect of using cryptocurrency to make payments easier and more secure seems one step closer to reality. The founder also mentioned his willingness to encourage DOGE as a potential means of payment for the burger chain.

While Welly’s boasts of only one branch, several expansion ideas have been set in motion and the team plans on growing and educating the crypto space about them while introducing new offerings like a wider menu choice, NFT integrated systems etc. And with the current NFT hype, the founders speculate massive interest. If you want to learn how to buy NFTs, you can read our detailed guide. Amidst media campaigns, Ryoshi took a dig at the food giant McDonald with a tweet that said, “Don’t eat like a clown, eat WELL”.

The future of the Shiba Inu project

Shiba Inu has also been awaiting the full functioning of Shibarium, proposed by the founder to which SHIB shall be migrated on its launch. Although he stated “blockchain”, it is more likely that Shibarium will be a layer 2 platform functioning on the existing Ethereum blockchain. While there is no considerable information regarding Shibarium currently, one of the key aims might be to reduce the transaction fees for Shiba ecosystem users.

News about the partnership didn’t have a sudden impact on the price. However, it saw a considerable jump as bitcoin managed to see the $40,000 levels again. The SHIBARMY has been visibly active on various mediums promoting SHIB and display excitement for further advancements of their favourite coin.

Ryoshi had previously promised his coin enthusiasts a big deal and seems to be ready for it. He mentioned a big deal that might be in contrast with solving real-world problems might be in sight; in this month itself!

With cryptocurrencies paving the way to creating cost-friendly, secure and faster solutions to real-world problems, it might be interesting to see how institutions see and accept blockchain technology and devise methods to make use of them on a larger level.

Projects like Shiba Inu have already entered the physical markets and at the speed at which adoption is being seen, it might not come as a surprise if the local shops around every locality potentially feature an alternative means of payment- Cryptocurrencies!

Your capital is at risk.

Is The Altcoin Cycle Done? | Here's What You Need To Know