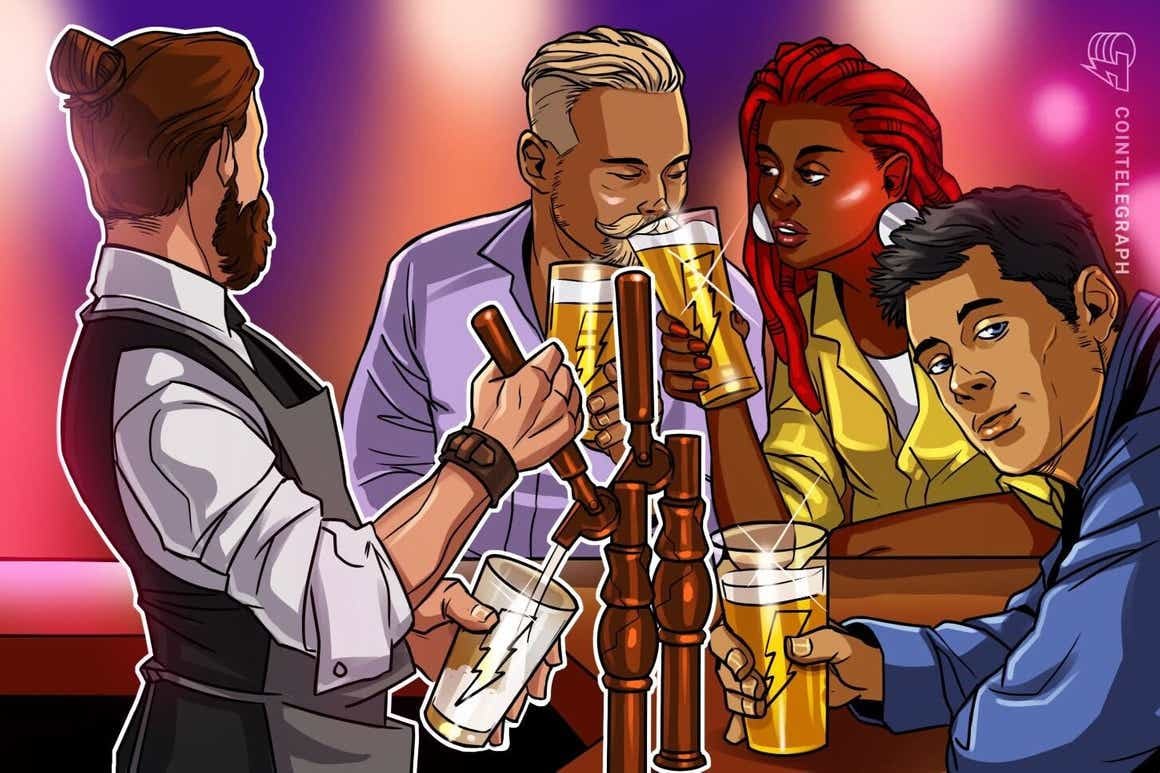 
Pubinno, a San Francisco-based technology firm that creates the “Internet of Beer” with artificial intelligence, robotics and cloud computing platforms, has now integrated Bitcoin (BTC) payment infrastructure into its system.

Pubinno accepted BTC payments using the Lightning network at the #LightningHackdaysIST held from Feb. 25 to 27. By using their Lightning Network-supporting wallets, participants could receive their own beer poured just seconds after completing the transaction by scanning a QR code.

According to Pubinno’s Creative Director Volkan Dogan, the Smart Tap system was created in 2016 and employs blockchain technology to link the future of draft beer with the future of transactions. Cointelegraph had a chance to chat with Dogan about the smart tap system.

Dogan explained how blockchain technology influenced his decision to utilize the Lightning Network for payments, stating that:

“We worked on Lightning Network because it is dependent upon the underlying technology of blockchain. By using real Bitcoin/blockchain transactions and using its native smart-contract scripting language, it is possible to create a secure network of participants which are able to transact at high volume and high speed with low gas fees.”

According to Dogan, the “advantages of the Lightning network” allow bar owners to get paid in seconds with little or no commissions, and with the self-serve capability of the smart tap system, they may save a lot of money on labor costs.

When asked whether they intend to include other cryptocurrencies on the smart tap system as payment, Dogan replied that it will be based on a number of variables such as scalability, frequency of use, transaction cost and speed. He added that:

“We will determine our direction according to the adaptation of the industry and continue to develop our infrastructure on a blockchain adaptive basis. We also conduct feasibility studies on developing Pubinno tokens.”

He said, “the world is in a deep-rooted digitization phase and the fastest development is shaped around blockchain.” Dogan referred to BTC as the first cryptocurrency that comes to mind, but he also stated that stablecoins would be integrated into the payment system in the future.

Alephium launches video contest with 10K ALPH to be won