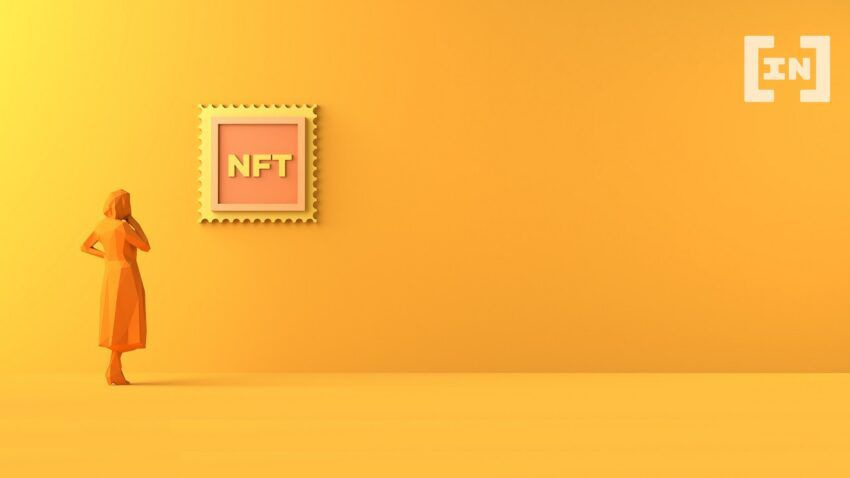 
Be[In]Crypto brings you the highlights from the week of April 4, ranging from U.K.’s FCA regulation updates and industry hacks to NFTs slow decline in trading volume.

Don’t forget to subscribe to our weekly newsletter and get these roundups right in your inbox!

Is the NFT bubble bursting?

Recent figures suggest that the NFT ecosystem could be tearing at the seams, with global sales dipping by over 50% since the highs of 2021. Currently, NFT’s trading volumes are down by 21% since early February.

Top collections like Bored Ape Yacht Club (BAYC) and marketplaces like OpenSea are experiencing their lowest ebb in terms of transaction volumes, leaving pundits to scratch their heads. In an interview with Reuters, Pablo Rodriguez-Fraile hinted that the bubble could be bursting as the industry had “achieved something that wasn’t sustainable”.

Others have downplayed the disappointing figures as merely a blip in the picture. Modesta Masoit from DappRadar also believes that the market is only in a consolidation stage and is gearing up for another rally.

Law enforcement and FCA not shying away from bad actors

Hackers have gone on a wild spree in 2022 leaving a trail of exploits and compromised projects in their wake. According to on-chain data, DeFi has lost over $1.2 billion to hackers since the start of the year.

The dizzying figures are almost as much as the amount lost for the entire year of 2021. However, law enforcement agencies, including the U.K.’s Financial Conduct Authority (FCA) are cracking down on the activities of bad actors with frequent seizures of their loots.

Last week, the U.S. Department of Justice announced its seizure of $34 million worth of cryptocurrencies from a South Florida resident.

Similarly, German Federal Criminal Police busted the servers of Hydra, a Russian darknet marketplace, and seized $25 million worth of BTC.

Last year, the FBI recovered a large portion of the ransom paid during the Colonial Pipeline hack and famously seized over 100,000 BTC affiliated with the Silk Road back in 2013.

The U.K. has given the green light to crypto firms, announcing its stake of being a significant authority and voice in the global crypto sector. The country’s intentions were gleaned from the moves to officially recognize stablecoins as a means of payments and attempt to mint its NFTs.

The FCA, the country’s regulatory watchdog, recently announced the extension of its March 31 deadline for the approval of U.K.-based crypto firms seeking an operations license. The extension is widely seen as a major step in the right direction for a country that has endured a historically “frosty” relationship with cryptocurrencies.

The UK’s Advertising Standards Authority had been flagging crypto adverts all year long with things reaching a crescendo in 2021 when the FCA issued a consumer warning against Binance.

Regulators divided on approach to monitoring

Over the last week, the U.S. has experienced a regulatory divide over how to more clearly regulate the space.

The Federal Reserve’s increase in interest rates triggered a passionate response from Cathie Wood as she described the move as “playing with fire.”

On the other hand, FTX CEO Sam Bankman-Fried has adopted the strategy of lobbying Washington with donations to the campaigns. Rohan Grey, a crypto regulatory expert opined that lobbying like Bankman-Fried stifles the industry’s growth and prevents water-tight regulations to protect consumers.

Treasury Secretary, Janet Yellen, believes that government regulations should not affect the growth of the industry.

“The government’s role should be to ensure responsible innovation – an innovation that works for all Americans,” Yellen said at a speech in the Capital, while still urging regulators to pay attention to the rise of stablecoins.

An Indian Parliament member, Kumar Modi has dampened the enthusiasm of cryptocurrency investors by advocating for a 50% tax on cryptocurrencies. He said his statement should be construed by market participants as an exit warning because the government wishes to “make life hell for those people who are investing in cryptocurrencies.

Modi believes that 18% goods and services tax should be extended to cryptocurrency investors and their service providers. The recent comments pale in comparison to the comments from Finance Minister Nirmala Sitharaman that gave a ray of hope to investors in February with the announcement of a tax of 30% offering legitimacy.

With a population of over 1 billion and steadily growing crypto usage, the entire ecosystem is keeping an eye on the happenings in India with bated breath.