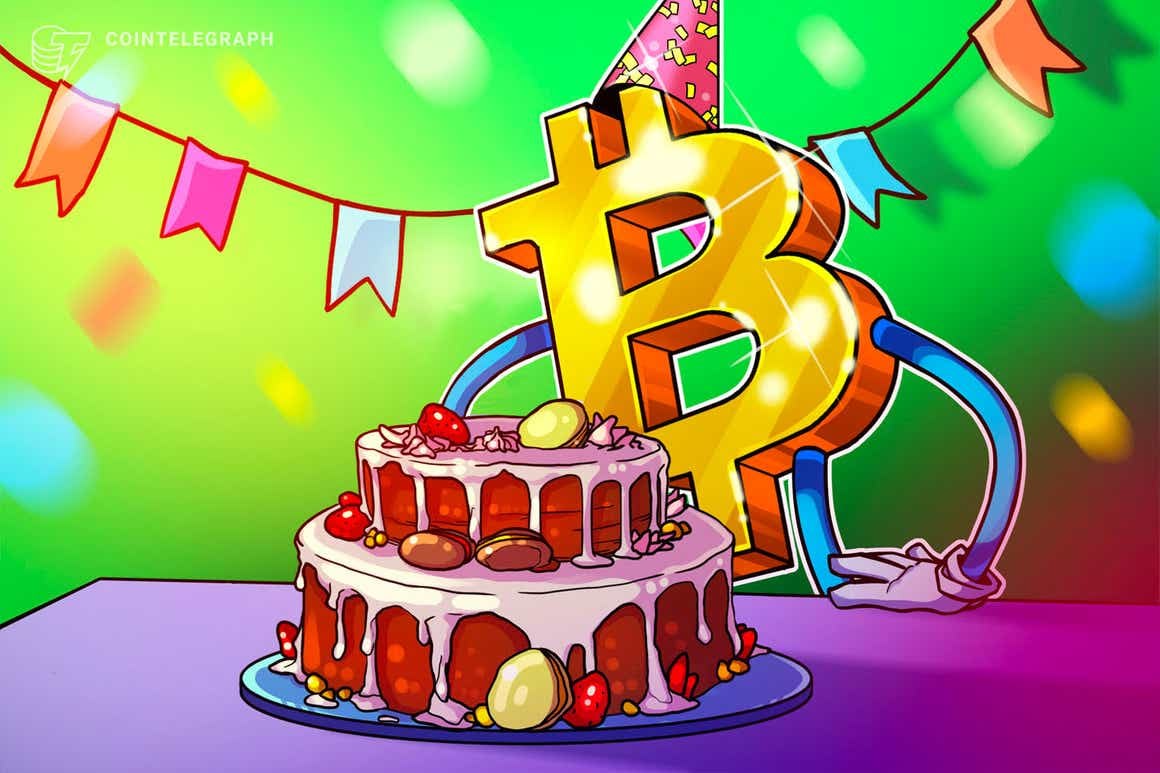 To celebrate the Bitcoin network’s 13th anniversary, Cointelegraph gathered birthday messages from industry players to mark the occasion. Following a hash rate all-time high, Bitcoin (BTC) has officially reached its adolescent years, and industry experts weigh in on its future.

“13 years ago, Bitcoin was released. Although its creation garnered little fanfare, drawing the eyes and attention of only a few esoteric coders, its release would prove monumental, enabling anyone, anywhere in the world to access digitally scarce money for the first time and opening the door to protocols that would go on to power the next iteration of the web.”

“BTC is the gateway drug which opened everyoneu201s eyes to how big digital assets can truly be. As the BTC ecosystem grows and it becomes a more productive asset in terms of lend/borrow and yield, we can expect more entrants, research and opportunities with other currencies and blockchains.”

“The BTC ecosystem will continue to see increased growth in products and capital in 2022. With the increasing offering in derivatives and structured products, traditional entities are deploying more capital by investing in yield generating strategies they are familiar with.”

“Its creation transcended time zones, borders, and governments — and financially empowered millions of people across the world. It is a testament to human ingenuity and that one person (or group of people) anywhere in the world can create something with an impact bigger than themselves. The next 13 years are going to be even more influential than the last as everyone moves towards a Bitcoin standard.”

Related: The year for Bitcoin: A 2021 roundup of the flagship crypto

“There is an old Japanese proverb that goes, ‘Beginning is easy, continuing is hard.’ The journey to change the world has only just begun. Continue on, Bitcoin!”

“It is appropriate that Bitcoin is celebrating its bar mitzvah today. 2022 will be its first full year with an ETF, and widespread participation and adoption. Mazel Tov!”

Meanwhile, Nayib Bukele, the president of El Salvador and a Bitcoin proponent, speculated that BTC will hit $100,000 this year.

BTC rang in the new year below $47,000 and was $46,100 at the time of publication. Whether you are bullish or bearish, the asset has come a long way in terms of adoption and security.

These are the best cryptocurrencies for staking

What’s Next for Bitcoin and Crypto: 5 Trends to Watch in 2022