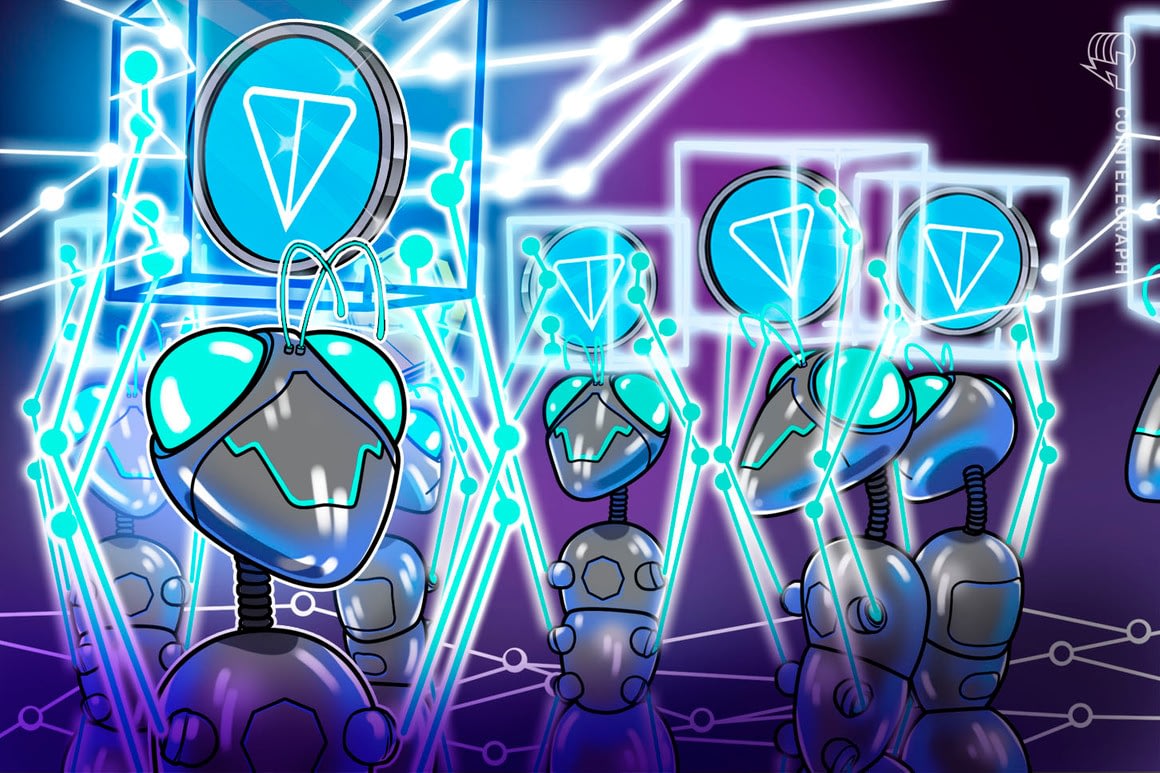 
It was 2018 when privacy-focused messaging platform Telegram announced that it was in the process of building a blockchain-based decentralized computer network technology called The Open Network (TON).

However, following a lengthy litigation battle that lasted until May 2020 with the United States Securities and Exchange Commission over its $1.7 billion initial coin offering (ICO), Telegram had to sever its ties with the project, leading many to believe that TON was done for.

That said, far from everyone’s expectations, the TON project seems to have found a new lease on life and is thriving. For starters, the TON Foundation recently revealed that it was choosing TONcoin as its official ecosystem fund, securing an initial collective commitment of approximately $250 million from major firms within the industry including Huobi Incubator, KuCoin Ventures, MEXC Pioneer Fund, 3Commas Capital, blockchain startup Orbs and TON Miners.

As part of the development, reports suggest that TONcoin will be working closely with the TON Foundation to deploy the aforementioned sum of money to explore a wide array of opportunities within the nonfungible token (NFT), Web3 and decentralized finance (DeFi) spaces, as well as for the incubation and development of various novel programs, grants, hackathons and more. On the subject, TONcoin Fund managing partner Benjamin Rameau said:

“TON may become the first blockchain network accessible to millions of users thanks to the Telegram integration efforts by the community via in-app bots […] TON will not just be the blockchain that people use on Telegram — it will define people’s online identity and will act as a bridge between all their Web3 and Web2 activities.”

Even after shutting down its involvement with TON a couple of years back, Telegram founder Pavel Durov has publicly expressed his support for the project, especially during Q4 2021 when Telegram revealed that it was integrating TON’s payment solution into its existing user interface.

It also bears mentioning that the TONcoin fundraiser comes on the same day that a number of African nations — namely Cameroon, the Democratic Republic of the Congo (DRC) and the Republic of the Congo — disclosed their plans to adopt TON’s proof-of-stake (PoS) blockchain for driving their future economic progress. To this point, reports suggest that the DRC is even considering releasing a multipurpose national stablecoin using the TON blockchain.

To get a better idea of the situation, Cointelegraph reached out to the TON Foundation, with a representative for the organization pointing out that the company is currently in “advanced level talks” with several governments across Africa, plus the three countries listed above. He added:

“The goal of these collaborations is to facilitate their adoption of cryptocurrency and blockchain based solutions on the TON blockchain. This is a central component of their plans to drive future economic progress.”

The representative further stated that the minister for digital economy of the Democratic Republic of Congo, Désiré Cashmir Eberande Kolongele, is looking to commence the launch of a national stablecoin on the TON blockchain, democratizing access to the nation’s financial system where millions of citizens still remain under and unbanked. In this regard, Kolongele was quoted saying:

“The ability to integrate applications with the Telegram platform and reach mobile users makes TON the obvious choice as we step boldly into the world of cryptocurrency and blockchain.”

TON’s long-term intention with these moves is to potentially integrate with Telegram, thereby allowing users across Africa to facilitate payments with the touch of a button, all while providing people living across these regions to tap into the burgeoning DeFi system.

The last couple of months have continued to see the TON network achieve new all-time highs as well as meet many of its envisioned milestones that had been laid out in its roadmap. For example, a spokesperson for TON told Cointelegraph that the total number of wallet addresses on the TON blockchain have more than doubled since the start of the year, recently surpassing the 400,000 mark.

Last month, the project finalized its nonfungible token standard known as “Jetton,” resulting in more and more investors — both retail as well as institutional — gravitating toward the project. To this point, Bit.com, a crypto exchange helmed by fintech firm Matrixport that has $10 billion in assets under management, announced a strategic partnership with TON to develop, enhance and expand the project’s existing infrastructure.

In recent years, a growing list of prominent cryptocurrency projects has continued to make inroads into Africa. For example, Cardano has been quite active within the region over the last couple of years, with company founder Charles Hoskinson stating in a recent interview that he sees more than 100 million users from the continent entering the DeFi sector within the next three years.

The Stellar Development Foundation has announced multiple initiatives including a partnership with African unicorn Flutterwave to launch new Europe-Africa remittance corridors, an investment in a Nigerian remittance platform, as well as a $30 million matching fund, which has invested in Afriex, a remittance app that allows users to send/receive funds from Nigeria, Ghana, Kenya, Canada and the United States.

Recent: How Web3 is redefining storytelling for creators and fans through NFTs

Within this context, TON’s continued forging of long-term, strategic partnerships with prominent African nations stand to transform into a widely used blockchain project. In fact, Minette Libom Li Likeng, minister of posts and telecommunications for Cameroon — one of the best-endowed primary commodity economies in sub-Saharan Africa — believes that TON can revolutionize his country’s payment landscape radically while promoting financial inclusivity at levels that have yet to be witnessed in the region before.

Similarly, Congolese Minister for posts, telecommunications and the digital economy Léon Juste Ibombo is of the view that TON can serve as an “invaluable, practical instrument for the growth and creation of wealth” within his country, both at the government as well as grass-root level. Moving forward, it will be interesting to see how TONs use cases continue to evolve and whether or not the project is able to position itself as a market leader within the global blockchain ecosystem.

What the Metaverse is like right now – Cointelegraph Magazine