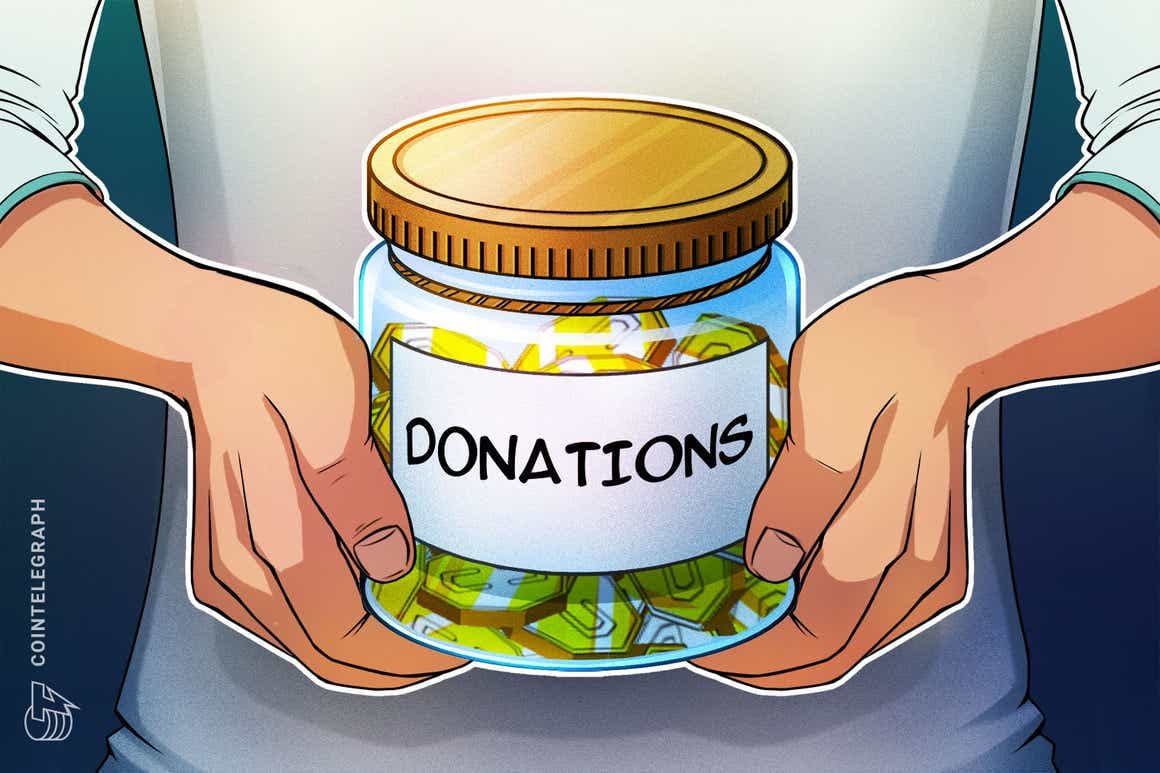 With the price of the meme-based token Dogecoin (DOGE) higher than that of the Russian ruble, Ukraine opened to DOGE donations for the first time.

Ukraine’s Minister of Digital Transformation Mikhail Fedorov announced on Wednesday that the token had “exceeded Russian ruble in value” — though the ruble has dropped significantly against the U.S. dollar in the wake of U.S. and EU sanctions, its price has been lower than DOGE’s since January 2021. According to data from Cointelegraph Markets Pro, the price of Dogecoin is roughly $0.13 at the time of publication, having fallen by less than 1% over the last 24 hours.

However, Fedorov’s message on Twitter also called for DOGE proponents including Tesla CEO Elon Musk and Dogecoin founder Billy Markus to donate to Ukraine’s military and “save lives from Russian invaders.” According to blockchain records, the provided wallet address has received more than 397,848 DOGE from 607 transactions — roughly $53,000 at the time of publication.

“Dogecoin folks aren’t usually rich and Dogecoin, itself, is generally used for small transactions, but we are a caring and passionate bunch,” said Markus, who said he sent funds to Ukraine. “Those who want to help will offer what they can.”

@dogecoin exceeded Russian ruble in value. We start to accept donations in meme coin. Now even meme can support our army and save lives from Russian invaders. $DOGE owners of the world, @elonmusk, @BillyM2k, let’s do it. Official $DOGE wallet: DS76K9uJJzQjCFvAbpPGtFerp1qkJoeLwL

Ukraine’s official Twitter account also said it will be conducting an airdrop on Thursday for users who made crypto donations to the country. It’s unclear what officials intend to distribute to crypto users, but the message hinted at a “reward”: