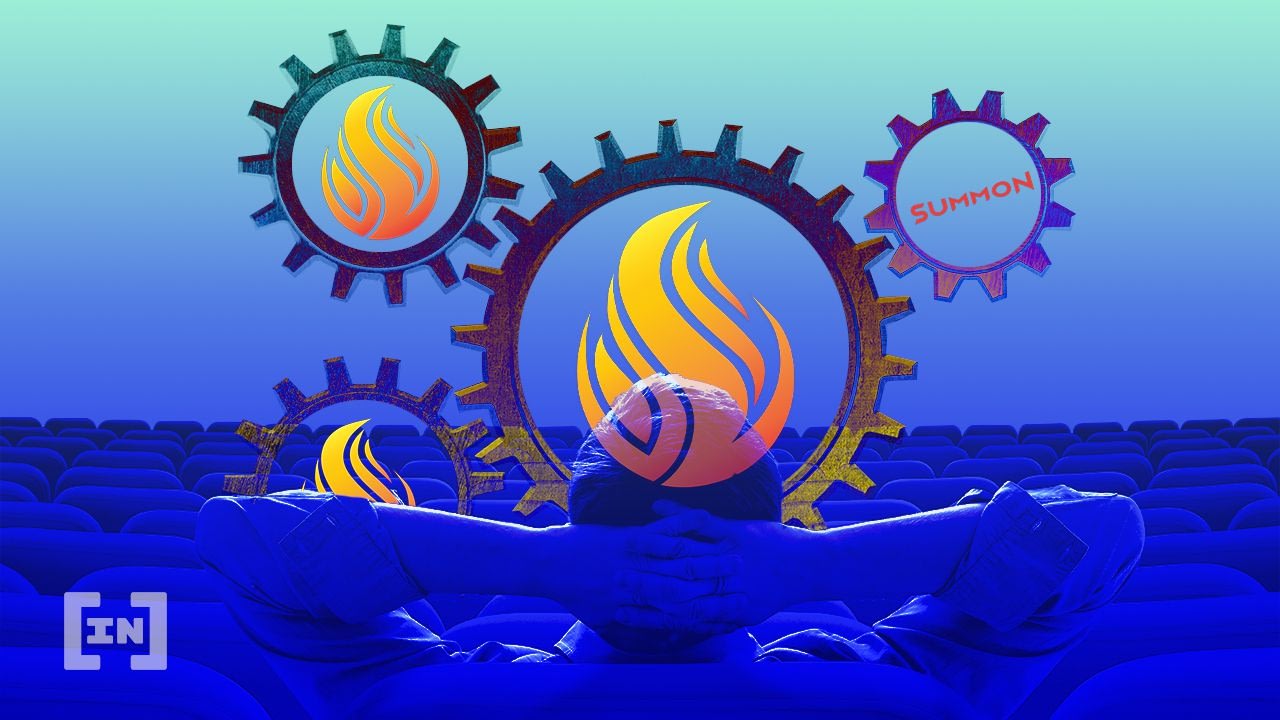 
The Summon Platform is striving to ease the creation of DAOs for any type of community.

Decentralized autonomous organizations (DAO) are getting more popular by the day. A DAO is an entity where all the members share some common goal and cooperatively work to advance the organization.

The beautiful part about a DAO is that there is no central authority and all power is distributed among the members, often through digital tokens. DAOs became popular with the rise of new Web3 projects that facilitated the necessity for a different organizational structure.

But DAOs are not as easy as they sound and are generally difficult to put in place and maintain. The Summon Platform envisions tackling the hurdles of establishing a DAO and providing the necessary toolkits for the management and creation of that DAO.

The Summon Platform in a nutshell

The Summon Platform emerged out of the hurdles and challenges faced by the development team when they created the first on-chain DAO on Cardano. The team understood the difficulty and wanted to make the whole process easier, and that’s how The Summon Platform was born.

The experienced team is now working on building not just tools for DAO creation and management, but what they call a “DAO Operating System.”

The platform will provide a wide selection of modules such as a user marketplace of DeFi yield strategies for any DAO to integrate with, and a module named PubSale, the platform’s advanced non-custodial token distribution module run by a smart contract.

DAOs created with The Summon Platform can generate their own governance tokens and customize voting policies for DAO governance.

With the inclusion of such a rich range of modules and features, The Summon Platform promises a true DAO Operating System.

What’s different about The Summon Platform?

People new to The Summon Platform will notice the diverse and experienced founding team.

In the blockchain space, new startups are announced daily, with most of the teams behind them being crypto enthusiasts who are relatively new to the realm. In contrast to much of the sector, what The Summon Platform brings to the table is a team that hails from a range of carefully considered fields.

This core team formation strategy has helped the project pool expert opinions from all relevant angles on DAOs, and learn to provide the best platform for its users.

The team believes that it is well-positioned to bring the power of a DAO Operating System to a wide range of groups beyond blockchain and the tech sector. The team foresees non-profits, homeowner associations, cultural groups, and even governments adopting the DAO as a governance structure.

“The Summon Platform fills a gaping void,” said Matthew Bowen, co-founder and general counsel of Summon Labs, “In practice, DAOs are currently accessible only by technology teams, such as software development and DeFi projects. DAOs are difficult for the general business and finance community to establish, to say nothing of community-based organizations.

With The Summon Platform, organizations of all kinds finally have a rich and flexible toolkit to explore, customize and implement their own full or limited “DAO like” structures, leveraging the integrity of the blockchain.”

As stated earlier, the idea behind Summon Platform was born out of the experience of the team in the DAO realm. The platform’s team is responsible for the creation of ADAO: the first DAO created on the Cardano blockchain.

By embodying the mantra of “Decentralization Together,” ADAO strives to kindle imaginations and provide the framework and other resources for ideas to become the basis for separate autonomous entities all united by a common thread – decentralization.

Community members will achieve this by voting to enact new policies and choosing which best practices to adopt, from governance to funding. ADAO is not constrained by legacy systems but is aided by a vision of a better future, allowing the DAO to be agile and adaptive in its approach.

What is Summon Platform’s standout feature?

While The Summon Platform includes many cutting-edge technological capabilities, this one is possibly the most notable killer feature: in many conventional DAOs today, there is a gap between a proposal’s approval by the DAO community and its practical impacts.

To put it another way, DAOs vote on proposals, but the authorized actions still need to be carried out or implemented by a core group of people or a single individual. These groups might choose to not act on the proposal in part or in full, and human error or personal bias can cause drastic negative effects.

Through careful technical and policy work, The Summon Platform offers a solution mechanism to this common risk.

Summon’s DAO Operating System, if the DAO chooses, can fully automate the results of the vote to carry out the proposed action, protecting the validity of the proposal and the vote.

The Summon Platform, even though not fully released, has made some noise and notable milestones in a short time.

The platform’s Initial Stake Pool Offering (ISPO), which went live recently, has gained massive traction. The notable thing is that over 200 delegators staked over 1.5 million ADA in the first few days. This is a remarkable achievement for a new ISPO.According to the data from Releasd, ever since the announcement of the Summon Platform, social media engagement has been on fire. In a span of less than one month, there have been a reported 237k social media engagements.There has also been a surge in media traction, with over 700 media stories featuring The Summon Platform, and over 77.1 million views of those stories.

The official token of the Summon Association, known as Summon DAO Tokens (“$SUMMON tokens”), offers a variety of utilities.

First of all, those who possess $SUMMON tokens are regarded as members of the Summon Member Community and are qualified to have representation at the Summon Association Assembly.

Moreover, $SUMMON token holders will have direct governance over several parameters and features of the platform through the Summon DAO.

The Summon Platform’s initial Community Token Distribution took place over 83 hours, from Thursday, August 18 to Sunday, August 21, 2022. The total number of $SUMMON distributed during this release was 10,471,736.

Adam Rusch, president of the not-for-profit Summon Association, said, “We were excited about this event specifically because this was an exclusive Community Token Distribution for members of Minswap, Liqwid, and ADAO communities.”

“To participate in this early access initiative, you had to hold one of the tokens from those projects in your wallet, and that was enforced by the novel protocol which governed The Summon Platform’s PubSale token distribution system. With more than 10 million $SUMMON tokens purchased, we were really impressed and thankful for the members of those communities who came to support us.”

Thomas “TCT” DiMatteo, CEO of Summon Labs, said, “Community members could make as many transactions as they wanted, but the maximum amount was 12,500 ADA per transaction.”

This was to ensure that members of the communities that empowered us to stand The Summon Platform up had the opportunity to acquire $SUMMON well in advance of retail token releases.”

Adam Rusch said, “The confidence we get from knowing the community is behind us and from knowing that we have people who are eager to use our products, people who are willing to buy our tokens because of the utility that those tokens provide, is what gives us the assurance to know that we can be successful.”

And we know, after this Community Token Distribution, that the community is eager to see what The Summon Platform is going to deliver for them. We’re not going to let them down.”

DAOs have established their value in the blockchain and tech industries, and anyone who has taken part in one will be aware of the wide range of pain points.

These vary from the seemingly unimportant to the egregious, such as an expired Discord invitation or authentication bot or a DAO vote for action “A” being arbitrarily changed to action “B” by an inner circle.

The DAO operating system developed by The Summon Platform aims to address these issues and compile a toolbox that even mainstream commercial, financial, and community administrators may utilize for decentralized governance and coordination.

Summon has already deployed some of its modules to Cardano’s Testnet and Mainnet and will continue the rollout of the platform and all of its various add-ons starting September 2022. If you need any assistance with DAO creation and management, you should definitely check out The Summon Platform.

BTC Price Recovers as It Struggles Below the $20.6K High