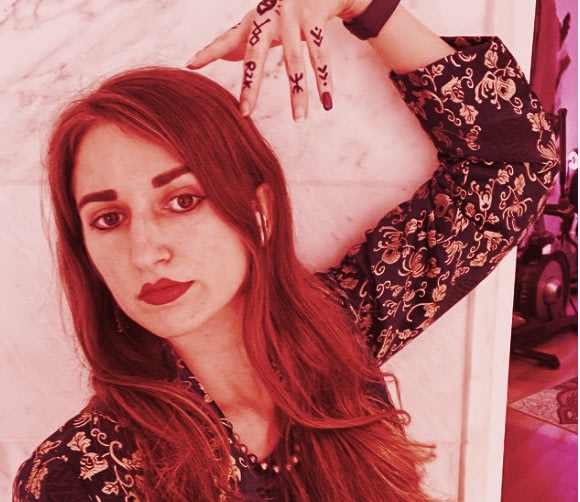 
The crypto-rapper accused of laundering billions of dollars from the 2016 Bitfinex hack created NFTs of her album artwork. Now their owner claims they’ve vanished from NFT marketplace OpenSea.

Earlier this week, Heather Morgan and her husband Ilya Lichtenstein were charged with conspiracy to launder cryptocurrency related to the 2016 Bitfinex hack; the Department of Justice announced that $3.6 billion worth of Bitcoin linked to the hack had been seized.

Per VICE News, two NFTs created by Morgan featuring her rap alter ego Razzlekhan are no longer visible on the NFT marketplace OpenSea, and their buyer—an OpenSea user with the address cancelopensea.eth—is less than pleased.

“The two token IDs of the NFTs she minted with the OpenSea contract were effectively gone. Just token IDs with no metadata or image,” the NFT buyer told VICE, adding that, “Without question there is cause of action for a tort. No way to determine future value of something created by someone now infamous in this way.”

The buyer took aim at OpenSea’s ability to “delete an artist’s collection at whim based on the person’s actions outside of anything to do with OpenSea, effectively making the NFT purchased by the buyer worthless.”

The two NFTs in question were album covers for some of Morgan’s many rap videos as Razzlekhan, “Versace Bedouin” and “Social Distance.”

Both Morgan and Lichtenstein’s OpenSea profiles are no longer visible. However, blockchain records indicate that the NFTs in question were transacted by an Ethereum address linked to Heather Morgan, to the address linked to cancelopensea.eth.

In the DOJ’s criminal complaint, the pair were described as having engaged in a “diverse array” of virtual currency, including the purchase of NFTs.” No NFT marketplace was named in the document.

This is not the first time OpenSea has removed NFTs from its platform. In August last year, Pepe the Frog Meme NFTs were removed amid a copyright dispute.

What happened to Morgan’s NFTs?

Morgan’s NFTs were minted on OpenSea and purchased by the buyer on Tuesday 8, 2022, the same day Morgan and her husband were arrested.

The two NFTs were purchased for .10 ETH, which is currently worth approximately $300.

The buyer’s OpenSea profile—where the NFTs typically would appear—are no longer visible.

After the news broke about Morgan’s arrest, the NFT buyer reportedly said he was “just looking” through her OpenSea profile.

“At first was just curious on her ETH transactions…but then saw the two ‘album cover’ NFTs she had minted about a month ago. Figured it was a piece of crypto history. So I bought them,” they said.

Decrypt has reached out to OpenSea and cancelopensea.eth for comment, and will update this article should we receive a response.

NFTs Are Dead? Even in Bear Market, a Bored Ape Sells for Nearly $1 Million