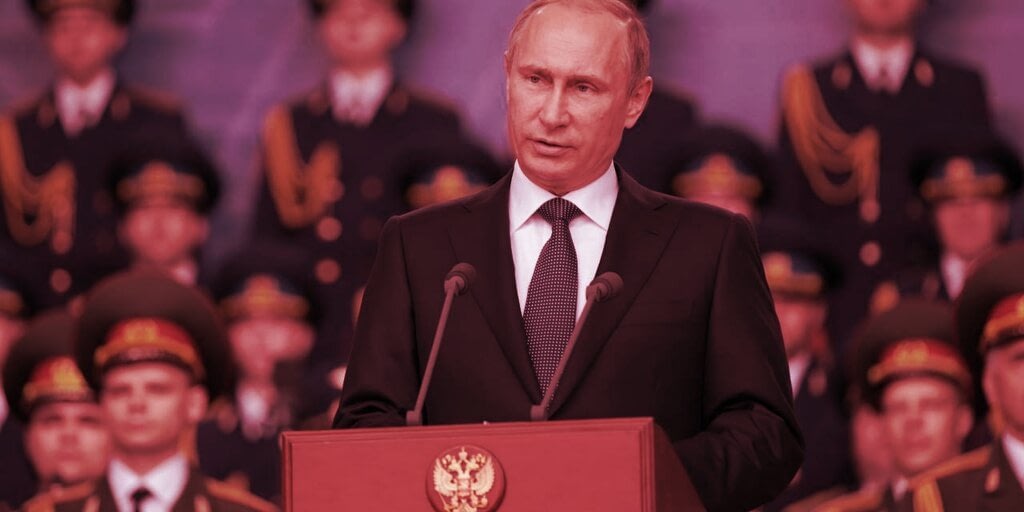 
The market cap of all cryptocurrencies has plunged by $200 billion following Russia’s invasion of Ukraine, a drop of over 12% over the last 24 hours.

The current market cap of all cryptocurrencies currently sits at approximately $1.56 trillion, down from a high of $1.77 trillion during the last 24 hours, according to CoinMarketCap. Many of the crypto industry’s largest, most established cryptocurrencies are also deep in the red.

The second-largest cryptocurrency by market cap, Ethereum, is down over 12% on the day and 22% over the last week to a current price of $2,370.

Solana, Cardano and XRP have also faced double-digit slumps over the last 24 hours, down 10%, 17% and 13% respectively.

The crypto market has declined in parallel with the wider financial market in the wake of Russia’s military operation against Ukraine.

Russian equities have dropped by more than $250 billion as the country’s economy reels from the impact of international sanctions.

According to a statement from the Bank of Russia, the central bank has taken the decision to intervene in the foreign exchange market in order to help stabilize the Russian economy, following the ruble nosediving to lows not seen since 2016.

As part of the Bank of Russia’s wider actions, it will provide 1 trillion rubles ($11.5 billion) to the country’s banks in order to provide liquidity.

Money has poured into historic safe havens, with gold hitting a price of $1,942 per ounce earlier this morning.

This represents a near 2% increase on the previous day, and a high not seen since late 2020.

Games will adopt blockchain in 2022 through esports and P2E models: Report

Miners Have Moved 30% of Their Equipment Out of Kazakhstan, Industry Organization Claims – Mining Bitcoin News